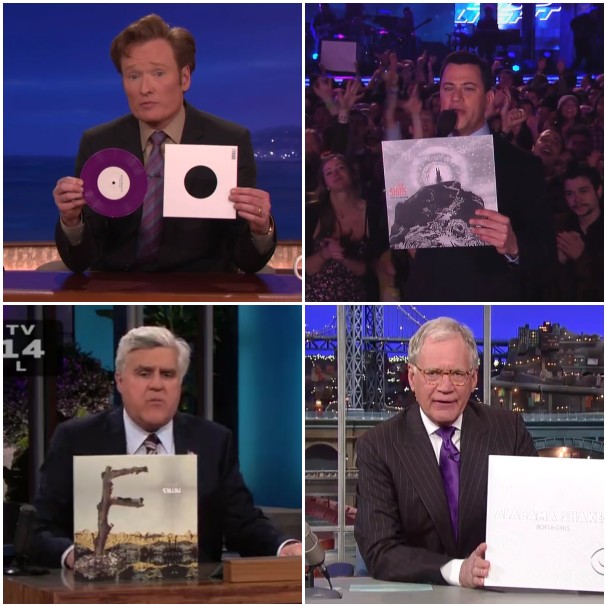 Last night, late night TV was chock full of big name talent making their way to Coachella. Arctic Monkeys appeared on Conan, where they performed their new single, “R U Mine?”. On Jimmy Kimmel Live!, The Shins showcased “Simple Song” and “The Rifle’s Spiral” from their recently released LP, Port of Morrow. (They also took some time to film a Coachella survival guide.) Leslie Feist tackled Metals‘s “The Bad in Each Other” on Leno. And, over on Letterman, Alabama Shakes ripped through “Hold On” from their debut LP, Boys & Girls. Watch video replays of all four performances below, courtesy of The Audio Perv.