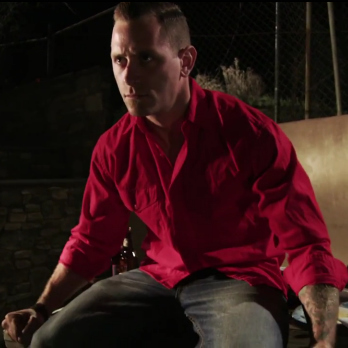 It’s been about six years since David Lynch took us to Inland Empire, and if anyone was concerned whether he still “had it”, then his latest directoral effort – the video for “Crazy Clown Time” – should ease any tension. Actually, that all depends on how well you handle his taste for the insanity. In the clip, Lynch orchestrates the game day after-party from hell, complete with a topless blonde, a couple of fazed out LA hipsters, and what appears to be Ryan Gosling on steroids (see above). Given the mind splitting ethos behind the track, it’s not surprising that the whole thing’s altogether a reused Mayo jar of lubricated nonsense. Is it me or does that football player running in place just give you the willies? Whatever, it all does. Check it out below, at your own risk.

Crazy Clown Time the album is out now via Play It Again Sam.