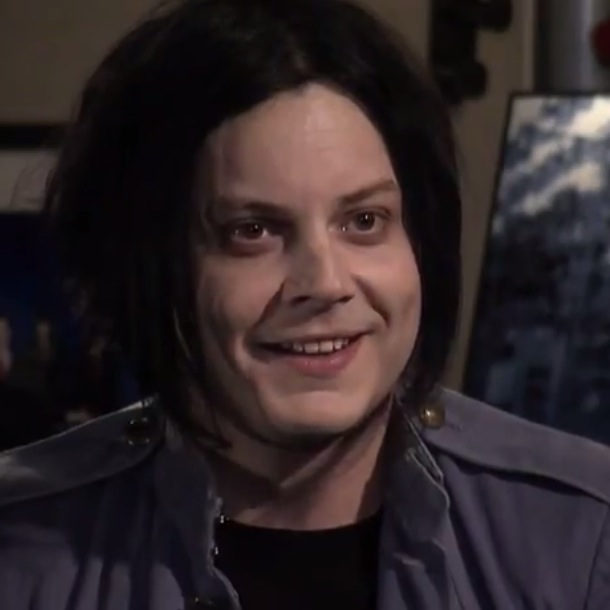 The last time Jack White appeared on The Colbert Report, a week-long rock odyssey resulted in Stephen Colbert putting out his very own, White-produced 7″ single through Third Man Records. On Thursday night, the two geniuses reunited, and while no music was recorded, a wacky interview led way to an enthralling performance of White’s Blunderbuss single “Freedom At 21”.

The interview took place backstage after White questioned the need to talk about music. “That’s ridiculous. It’s like dancing about architecture or singing about paintings.” Colbert responded by offering examples of questions he’d ask, including if it was any coincidence White went solo after they worked together, why Colbert wasn’t invited to perform backing vocals on Blunderbuss (he demonstrated his talents on “Love Interruption”), and if White’s absurd distribution techniques may have something to do with the music industry’s demise. White eventually turned the tables, quizzing Colbert on the legitimacy of the ‘Colbert Bump.’

Watch a replay of the entire thing below (via The Audio Perv). In case you weren’t aware, Blunderbuss is out now.