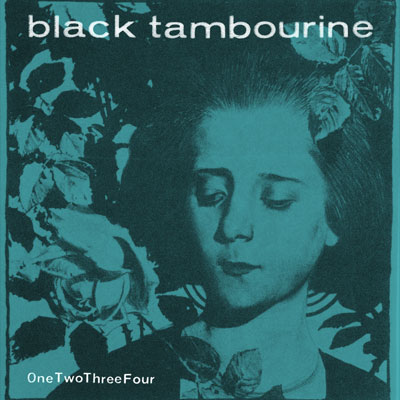 Black Tambourine existed only briefly in the early ‘90s, scattering a handful of tracks across EPs and compilations. The band’s output was limited, but the strength of the songs made up for their paucity. In front of walls of thorny guitar feedback, singer Pam Berry conversed about love and loss with the naÃ¯veté of Phil Spector’s girl groups, her “cute” voice exuded innocence. As a result, the band is often tagged as pioneers of twee pop, though Berry hates the label.

Black Tambourine initially disbanded in 1992 when its members became busy with other obligations—guitarist Mike Schulman was managing Slumberland Records and Berry was editing the Chickfactor fanzine. In the pre-Internet era, Chickfactor was of biblical significance to the indie-pop community, keeping tabs on underground acts that would’ve lacked exposure otherwise. Berry set up some gigs earlier this month to celebrate Chickfactor’s 20th anniversary—the perfect occasion for a Black Tambourine reunion. The band went a step further and recorded OneTwoThreeFour, an EP of Ramones covers, as a prelude to the reunion shows.

The EP was recorded long-distance: Instrumentals were recorded in Maryland and then sent to Berry, who lives in England, for vocals. The band slathers its sonic trademark all over the Ramones’ original arrangements. “I Want You Around” sees a reverb-soaked Berry deadpanning over abrasive feedback. It’s vintage Black Tambourine, and these covers differ enough from the originals to warrant existence. Berry’s harmonized “ooohs” during “What’s Your Game” are blissful—an adjective that could never sensibly modify a Joey Ramone vocal performance. “I Wanna Be Your Boyfriend” is reduced to a tapping snare drum and clean-toned guitar. It’s the EP’s takeaway track and, surprisingly, the least Black Tambourine-sounding song here.

But it all ends too soon. OneTwoThreeFour is a 10-minute sprint, fitting of a band that’s never released more than four songs at any one time. The entire Black Tambourine catalog is composed of fleeting moments like this EP, so in that way, OneTwoThreeFour makes perfect sense. The band’s members were always too busy for prolific output or touring (which is why they never released a full-length). With their even busier adult lives, why start now?

Essential track: “I Wanna Be Your Boyfriend”