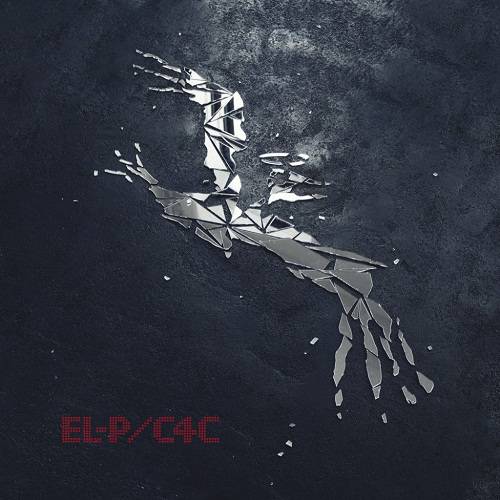 “Yes, I’m paranoid — but am I paranoid enough?” This quote best fits El-P’s Brooklyn, NY state of mind: uneasy about being uneasy, angry about being angry, sick of being sick, paranoid about being paranoid. After over 17 years defining underground hip hop as head of the pioneering Definitive Jux label, one third of Company Flow, production work with Cannibal Ox, and his previous solo records, El-P has reached Peak El-P. The roads in his mind are curling back onto themselves like a mobius strip and more than ever, most of the verses on Cancer 4 Cure are infinite loops, cannibalizing his own words over and over. “If I exist right now I’m damn sure I can’t provide you proof/definitions of existence in this state are loose,” he goes on “Works Every Time”. Even if you do find him, El-P doesn’t want anyone close to him. Try and “pet him, he’ll fuck-start your burp hole, and jet in burgundy pleather.” Whoa.

Incidentally, this isn’t the first time El-P has talked about fucking throats. This isn’t the first time he’s spun surrealistic word clusters, or spat anti-Big Brother propaganda, or caked his production with ear-piercing boom-bap distortion, or was paranoid with good reason. As the erstwhile DefJux label head progresses in his solo career, he’s taking the road less-travelled by veteran artists: In lieu of pumping the brakes and realigning his compass, El-P beats on, boats against the current for every second of C4C. He still puts his pain in portmanteaus (“painbows”, “paincave”, “painiacs”), his beats flay, and his war is not yet over.

Part of the allure of El-P, and especially so on C4C, is trying to get in front of the hail of words El-P fires off at fully automatic speeds. His free-form verse structure and impulsive word association have steadily evolved since his Funcrusher Plus days with Company Flow. Even compared to his last proper LP in 2007, I’ll Sleep When You’re Dead, El is deeper entrenched in abstract word play, creating lyrical atmospheres not bumper stickers. “True Story” is one line of sick dexterous prose after another, like a series of surreal Twitter rants with loose threads of distrust and dark humor stringing them together. “Pardon the fuzz I’m distorted, contorted, pardon the hiss/don’t let ‘em Henson me, enter me and control how I twitch.” (Okay, I’d buy the bumper sticker for “Don’t let ‘em Henson me.”) Similarly, the single he dropped in 2011, the scarily prescient “Drones Over BKLYN”, employs the same phoneme over function aesthetic, delivering dense warnings, threats, and fuck-yous to enemies in his airspace.

And then there’s unfadable bangers, like the (not entirely) politically incorrect “The Full Retard”. Above the buzzsaw bass, discordant synths, and a hook that all but forces you to pump this shit like they do in the future, El punches his way through the track, classifies his music as “rust funk”, and includes my new favorite thing to say: “I’ll rugby-kick the shit out your groin, boy.”

Two tracks of a similar vein feature guest verses from two pairs of El’s usual suspects. “Tougher Colder” sees El, Despot, and new partner in grime Killer Make trading eights over the toughest beat on the album, with both rising up to El’s energy that’s already building on the album. “Hail No” features one of the best guest verses of the year from rising star Mr. Muthafuckin eXquire who just vibrates double-time over the track like it’s nothing, “concealing [his] mental illness by willing a smile.” It’s far more deft and congruent than Danny Brown’s obtuse verse, which recenters the energy to Brown’s arhythmic flow and despite clever bons mots, feels tacked-on and indulgent.

Hiding behind some of the psycho-fight songs are tracks with clearer narratives. After the guest spots are through, the album’s second half turns darker, slows down, and cross-fades into a menacing, if not a tad laborious, fun house ride. “The Jig Is Up”, ostensibly the only love song on the record, wrings all the acerbity out Groucho Marx’s famous quote “I wouldn’t want to be a part of any club that would have me” until it’s just a pathetic, lovelorn martyr’s last words. Because when El goes full introvert, the danger becomes even more palpable, extenuated by increasingly macabre soundscapes and atonal razor MIDI patches. The further C4C burrows inside of of El’s brain, the more frustrated and futile he appears, racing around the the track trying to hurdle over his own nihilism. He says “there’s no joy in repetition” on the sardonic ballad “For My Upstairs Neighbor”, and it becomes clear that for El that exponential frustration and repetition of his paranoia isn’t making things easier for his fatigue becomes our fatigue, for better or for worse, just before to the conclusion of “$4 VicFTL”.

“And I can no longer contain what is under my disguise/I’ve always had the cancer for the cure that’s what the fuck am I.” The whole album builds to this climax on “$4 VicFTL”, like the words finally came to him after the 10,000 previous ones failed him. It’s a moment with no rebuttal — a self-fulfilling prophecy for someone immersed in the paranoid systems of the military and the government. El-P said that this was a fight record. Yeah, he takes arms against many seas of oppression, throwing shade at politics, police, corporate greed, and filthy streets. But the real fight this time around isn’t directed outward. El-P has been there before, and more recently got Killer Mike to make the more obvious fight record of 2012. C4C is something more sinister and involuted: It’s El-P fighting El-P, but damn is it fun to watch.