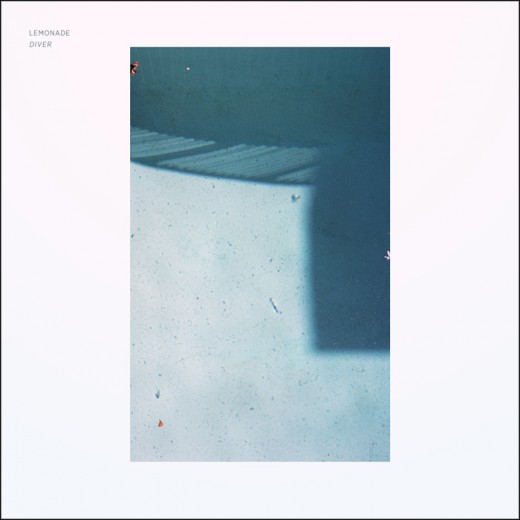 Four years ago, Lemonade waved bye bye to the Bay Area, holed up in Brooklyn, NY, and released its self-titled debut album to critical acclaim. The eclectic-if -not-enigmatic trio of vocalist Callan Clendenin, bassist Ben Steidel, and drummer Alex Pasternak baked myriad clubs with their spicy long-form jaunts, flushed with tropical rhythms (“Big Weekend”), spacey aggro-punk (“Real Slime”), and World-influenced trance (“Nasifon”). They wasted little time in a follow up, issuing their Pure Moods EP, another adventurous excursion that found the trio scavenging for foreign beats and erratic rhythms, both to great success. At the time, their shortest song clocked in at 3:55 and their longest stretched out to about eight minutes, which said one thing about the group’s confidence: They trusted their instincts and let them run wild.

Now, they’re back with their second full-length, Diver, and with a sound that’s more or less rudimentary. Where the beats once grooved like lost jam sessions between the Talking Heads and Fela Kuti, the ten tracks here feel like echoes of Neon Indian, Washed Out, or Toro y Moi. Clendenin spends far too much time gushing at the microphone, riding grooves stripped from ’80s FM hits, and it’s all so subdued. To paraphrase a famous tagline, if meditation has a name, then it must be Lemonade. No time for adventure here; instead, it’s an escape to desolate, low-lit malls, island igloos, or anything that has you reaching for a sweater.

That’s not altogether a bad thing. The trio might have taken too many notes from their neighbors like Twin Shadow or Tanlines, but they do craft some delectable stuff. “Neptune” splashes around in a mercury bath of synths, “Vivid” picks up where Steve Hauschildt’s Tragedy & Geometry left off (read: that’s a good thing), “Sister” grooves off some Jan Hammer-inspired instrumentation, and there’s this left hook kiss of a chorus in “Ice Water”. The real predicament on Diver is that the parts outshine the whole, as if they found a spark and waved out the flames all too soon.

It goes back to the lack of adventure. This is a safe record that sets up boundaries on a band that refused to acknowledge them for years. It’s amicable, it’s friendly for the shoes, but it’s like watching a mud-covered wild horse frantically kick at the locked barn doors. They’re trapped here under 20,000 leagues of synths, and admittedly, there’s really no reason for them to re-surface. Considering they’re hot off a tour with Neon Indian, it’s likely they’ll keep staring at the waves above rather than attempt to ride them. Still, it’s not like any of us won’t be dancing.