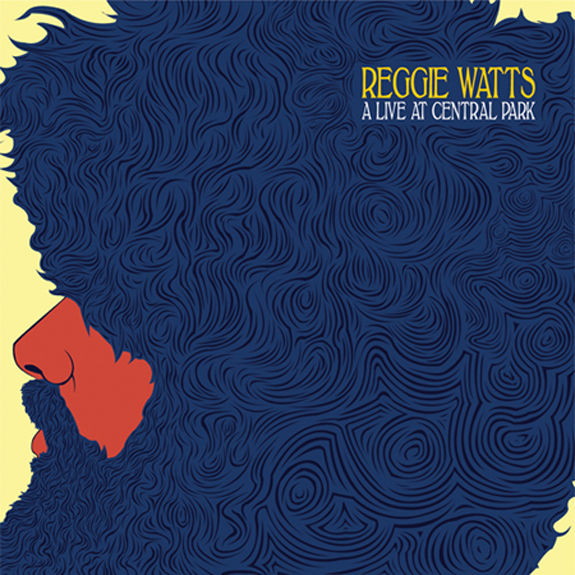 A great live album is one that captures a singular moment by a performer, ideally emblematic of their best work. Comedy albums are a bit different in that they’re usually all new material fans haven’t heard. What then of a musical comedian? When that comedian is Reggie Watts, it means you have no idea what is coming next. Watts’ A Live at Central Park contains the elements fans love about the performer, but nothing of what’s been heard before.

Listening to Reggie Watts perform feels like what it must have been like to hear the jazz greats in their prime. You get the basic music set up, and then suddenly things twist in a complete mental U-turn from what you expected. For Watts, that comes when he starts singing and rapping. The first actual song on the album, “Having Sex”, starts with the beat boxing trademark of Watts over which he raps the gem of a first line, “Yo, if you fuckin’, then you probably fuckin’/ If you fuckin’ then you probably havin’ sex.” The rest of the song is Watts describing the circumstances in which you may or may not be having sex– “How come those people, they look like they be fuckin’?/Cause they fuuuuckin’/they fuuuuckin”–with the flow of a veteran MC.

Most of Central Park sounds improvised. In all likelihood, Watts tinkered and rehearsed some prior to the show (e.g. the in-between monologues), but he performs everything else in such a way that it could just be himself, some loop stations, a keyboard, and a microphone jamming away. The end result is a track like “Thanks/Silencer”, an improvised three-minute rant on silencers vs. flash suppressors for guns that is just head-shakingly good.

The songs range from a few minutes to nearly 12-minutes (the latter is “Tweet Yourself Right”, where Watts does more singing than rapping with a beautiful Marvin Gaye/D’Angelo soul twinge), but all are filled with a vocal talent rarely seen even in full-time singers. The songs and monologues are well-crafted labyrinths of text that are hilarious not only for their content but also their intricacies of thought.

In the end, the album is a perfect snapshot of an artist at the top of his game. Watts may be a new generation’s Andy Kaufman and Miles Davis rolled into one hyper creative genius; as a result, you’ll be hard pressed to find a more entertaining artist out there.

Essential Tracks: “Tweet Yourself Right”, “Thanks/Silencer”, and “Having Sex”