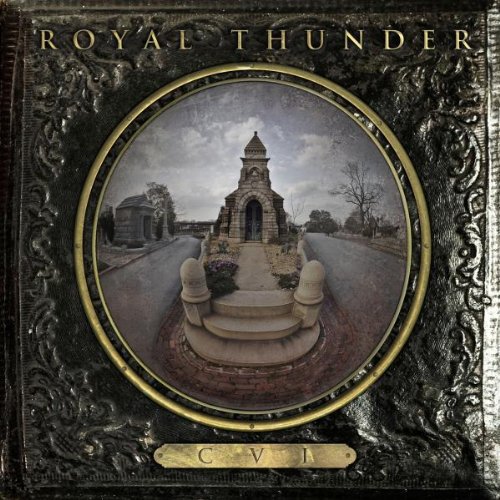 Mlny Parsonz suffered stage fright before becoming the lead vocalist and bass player of Royal Thunder. “When I sang or played music, I didn’t want anyone to stare at me,” she said. So she sang in a separate room during the band’s first practice. When she opened her pipes for the first time, her bandmates burst into laughter. They weren’t being callous; they were in hysterical awe of their new singer, who has since overcome her audience phobia.

Parsonz’ vocals sway between bellows and coos—the centerpiece of Royal Thunder’s debut album CVI. On opening track “Parsonz Curse”, she assumes the role of a heavy metal sorceress, raining judgment: “You can run, you can hide/But I swear it, I swear it/These walls will tear you down.” Weaver accompanies her with bluesy riffing that owes as much to Molly Hatchet as it does Black Sabbath.

There’s a southern edge to the guitar work on CVI. This twang is doused in doomy atmospherics, a shtick the Atlanta quartet honed on its self-titled EP back in 2010. Their songwriting has grown more confident and grandiose since then. “South of Somewhere” begins with a field recording of ominous wind chimes and evolves into a power-metal screamer. The sheer range of Parsonz’ voice, and the way she tactfully controls it, is Dio-esque.

Royal Thunder loses ground when its singer isn’t on the mic, however. During multiple songs (“Shake and Shift”, “Blue”, “Drown”), Parsonz disappears for minutes at a time as the band meanders through prog-y passages that extend track lengths past eight minutes. Too often the band betrays its blues-metal leanings for these progressive affectations, which sound indebted to their Georgian peers (Mastodon, Baroness, etc.). It bogs down the hour-long CVI, a difficult record to stomach in one sitting.

Whenever Weaver’s southern-fueled riffs are crawling beneath the surging Parsonz, Royal Thunder commands a distinct style—one it should embrace outright on future releases. CVI is a serviceable debut—with remarkable vocal performances—but Royal Thunder sounds caught between what it is (a blues-wielding powerhouse) and what it aspires to be (prog-metal escapism).