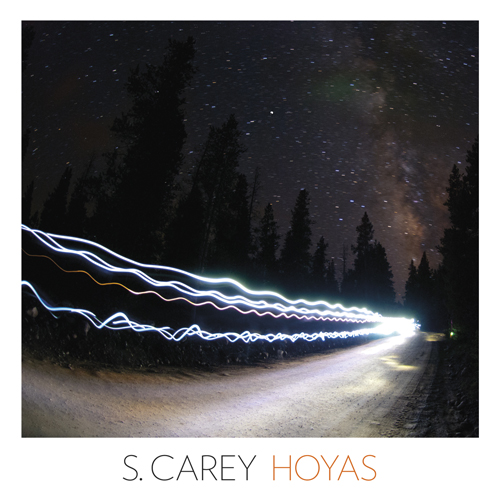 Composed in a style reminiscent of his work with Bon Iver, Sean Carey‘s EP release, Hoyas, explores his strengths as a professionally trained percussionist. Inimitable and tentative in its electronic musings, the EP is a collection of tracks best saved for a rainy day.

“Two Angles” starts with promise, building anticipation with a succession of deliberate and pointed beats, but unfortunately the magnetism teeters out in the middle of the song; the guitar distortion that enters at the second minute is listless, and not purposefully so, as it aims for ambience but sounds instead like lackluster strumming. Likewise, the horns that later enter the song (in characteristic Bon Iver style) fall to the same unpracticed, nonchalant fate.

“Avalanche” is a highlight of the bunch, with Carey’s voice synthesized to a spacey croon, sounding very analogous in style to Bon Iver’s “Woods”. It gives the song a resonant character and speaks to Auto-Tuning’s rising popularity amongst other vocalists, like Channy Leaneagh of PoliÃ§a and Claire Boucher of Grimes.

“Marfa” is another bread winner, and it’s at last obvious with this track that the album as a whole is a deliberately simple exposition of vocals and percussion. It’s the first song that evidently develops on the album, though its transitions are still wobbly and never reach that eruptive decadence that Bon Iver now trademarks.

Hoyas doesn’t lack depth, but it’s over-simplified. It’s a hesitant musical effort, and quite forgettable when compared to Carey’s debut, All We Grow. The lesson learned: S. Carey needs to push his boundaries on his next release rather than rescind from them.