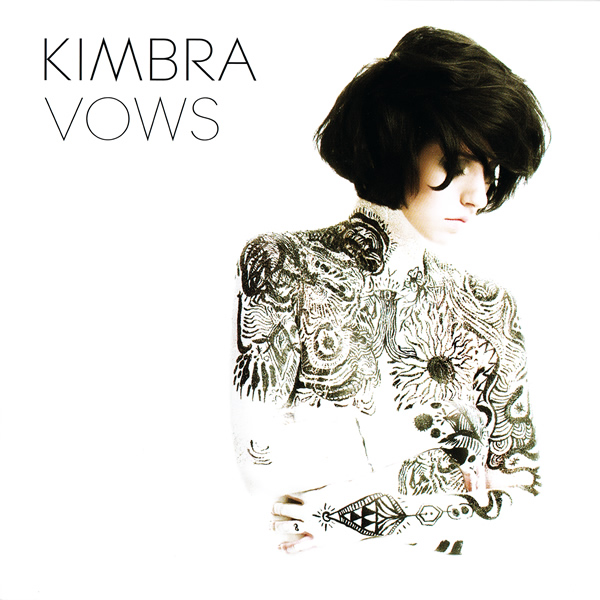 Thanks to her duet with Gotye becoming an inescapable sensation on the internet, radio, and beyond, Kimbra is an artist everyone is about to know. Already a hit Down Under, her debut album, Vows, has been reworked to feature new tracks for its official American and European release. Kimbra’s take on pop music is one that demands attention, so much that if Vow were to be summarized in one word, it would be “overwhelming.”

Where is the New Zealand singer going on Vows? Musically, everywhere. The album runs through various genres of popular music from the past 50 years both between and inside its songs, all while twisting them with Kimbra’s own idiosyncrasies. “Cameo Lover” is an onslaught of catchy pop hooks baited with disco and Motown sensibilities. Kimbra also gives 90’s R&B a more contemporary pop spin on “Something in the Way You Are”. It’s not all retro stylings, however. The “Two Way Street” channels futuristic, off-kilter whimsy akin to Bjork or Kate Bush, while retaining Kimbra’s jazz roots.

Whether hushed or belted, Kimbra’s voice is a powerful force, and its shapeshifting holds together the schizophrenia of Vows. As she transitions from airy a capella to soaring, shout along choruses, or layers self-harmonizing along with beat-boxing and “boom ba boom bah” vocal percussion on opener “Settle Down”, Kimbra flashes in and out of time, jumping unpredictably between the past and the future. That omnipresent jazz influence to her pipes is fully unleashed on “Good Intent”, creating an atmosphere of a cabaret where trouble is always afoot, the smoky delivery tinged with a sarcasm that adds an element of subversion to the nostalgia.

While neither reinterpretations of the past nor genre hopping are unique in the world of pop, it’s the effortless way that Kimbra does it all that makes Vows a compelling listen. The album does have its misfires, however, such as the overblown bombast of “Come Into My Head” and “Old Flame”, which sounds a little too much like Purple Rain’s “The Beautiful Ones”, but Vow is a sleekly produced, haphazard collection of tunes with moments that approach but not quite achieve the creation of an entirely new experiment.