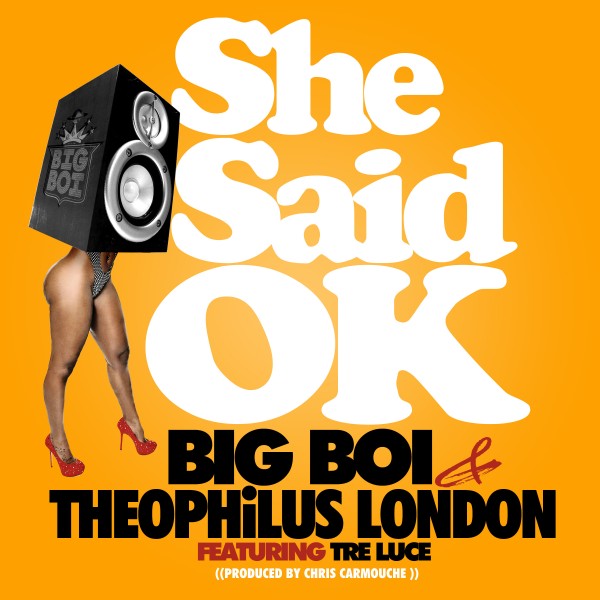 Big Boi and Theophilus London have joined forces on a super explicit new track called “She Said OK”, which you can stream below.

In other news, Big Boi recently took to Twitter to reveal that his upcoming solo LP would be entitled Vicious Lies and Dangerous Rumors (and not Daddy Fat Saxxx: Soul Funk Crusader as previously assumed.) In addition, Big Boi said his album will be followed by the long-awaited solo debut from his OutKast co-conspirator Andre 3000 — though we’ll believe it when we see it.