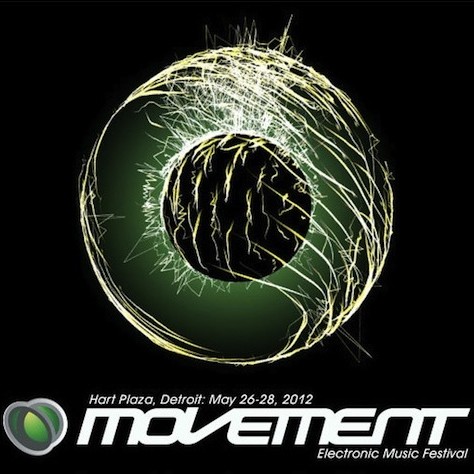 According to production company Paxahuas Chuck Flask (via Detroits Metro Times), David Guetta approached us about it [Movement], but we said no.” My guess is the current king of electronic dance music isnt used to rejection. Following the mayhem of Skrillexs 2011 Movement performance, which happened at the cusp of the producers current momentous rise, the team behind Paxahua have become even more vigilant on how they curate, not just book, the citys celebration of techno.

Now in its thirteenth year, Movement finds the balance between heritage (Jeff Mills, Lil Louis, Public Enemy) and whats next (Dillon Francis, araabMUZIK, The Martinez Brothers). The base is Detroit Techno, polished mixes buried beneath a gritty faÃ§ade that harkens back to the end of the Motor Citys heyday, but for Memorial Day weekend the five stages that line the concrete park of Hart Plaza contain droney minimalism, sparkling Eurohouse, odd analog experimentation, and yes, epic amounts of Jump Up bass drops.

In the spirit of Movement, this excursion was about discovering something new. With ample amounts of water, and a few back up pairs of earplugs, the following is a journey into the top ten acts that I havent seen, but more importantly, would drop plans to witness once again. With nearly 100 artists to explore, a simple numeric matrix helped the tasks — crowd energy, technical ability, and entourage — with ties being alleviated through the number of inflatable toys.