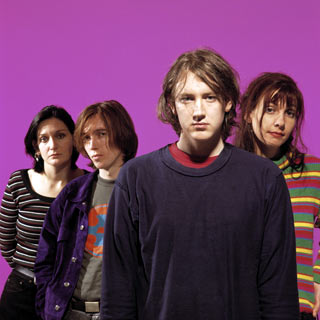 As previously reported, My Bloody Valentine plans to release a new album and EP in 2012, marking the bands first material since 1991’s Loveless. In a new interview with The Quietus, Shields digressed on the new material, specifically the length of the album, its direction, and some changes to expect.

“We’re making it now, in fact it’s almost done,” Shields explained. “I’m on the eighth song, and I’ve got to do vocals for that, then I’ve got to record the ninth song from scratch. Then I’ve got to mix it. But that’s OK, because I’m not slow at mixing.” He also added that “it’s not going to sound like Loveless where it’s like looking into another world,” and instead more along the lines of the band’s 1988 debut LP, Isn’t Anything, “where it seems to be of this world, but with one foot in another world.”

He continued: “The songs on Loveless had more in common with folk-blues music to me, just a verse and an instrumental passage, circular. The new songs are more… sometimes it’s just that, and sometimes it’s songs that have one verse, then a musical part, then something that’s totally different. More elongated… and more raw. A lot of the guitars are very aggressive.”

Shields also hinted that there will be one drum and bass track, which dates back to the early ’90s. “We were actually inventing a new sound  and this song doesn’t really represent it, but  we were doing slowed down drum & bass music around 1993, 1994.”

In the meantime, stream the latest reissue of Loveless, or check out the previously unreleased track “Good for You” below.