Lemme Get an Encore: Modest Mouse 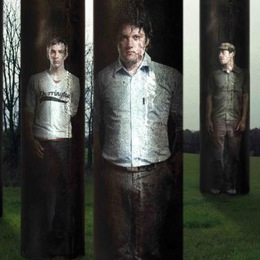 It’s hard to know what to expect from a Modest Mouse concert. In the past, their live performances have ranged from so stoic that the band never acknowledges the audience, to so frantic that frontman Isaac Brock drunkenly cuts himself onstage. Fans might be in for further surprises when they hit the road for an oh so short week in June. Questions abound: Will they hint at any details about their rumored new album, supposedly produced by Big Boi? Will their demeanor be ecstatic, subdued, or both? But most importantly, what the hell will they play?

The group has been famous for mixing up their set in the past, treating the crowd to everything from Ugly Casanova covers to radio hits to lengthy explanations as to why they can’t play “Free Bird.” And while they debuted a brand new song at the Frost Revival in Palo Alto this past weekend, we’re also hoping they dig further into their back catalogue.  Their inherent unpredictability makes it anyone’s game. Your move, boys.

Lonesome Crowded West, on the whole, is fairly bleak, and this track is one of its most depressing inclusions. With lines like “I came clean outta love with my love/I still love her/loved her more when she used to be sober/and I was kinder” and “All of the angels they’d sell off your soul/for a set of new rings and anything gold”, it’s a simple in-your-face number that could really work with just Brock on a bare stage with his guitar. Even though it’s included on their live  album, Baron von Bullshit Rides Again, the band hasn’t played it for years. They’d just need to follow it up with something that bounces. -Nick Freed

While Ugly Casanova was classified as a side project for Isaac Brock and members of Califone, Holopaw, and Red Red Meat, Brock more or less ran the show. Several of their songs even began as demos for Modest Mouse, who was known to occasionally play them live in the early 2000s. “Spilled Milk Factory” heaves with chain gang dementia, its warped harmonica, falsetto chants, and hammer clinks driving a fiddle that sounds like it’s being played by a daddy long legs spider. Its sluggishness is poised to fall apart at any moment, and would be even more compelling when sandwiched between Brock’s tighter material on later albums. -Dan Caffrey

The Moon and Antarctica is by far the most and best produced album in the Modest Mouse canon. “Stars Are Projectors” is where the space reverb expanse becomes infinite. The reversed guitar at the start and the extended jam at the end are perfect for an encore. Start that guitar in the darkness of a venue like The Gorge or Red Rocks and it will echo forever. Plus, it’s stuffed with some brilliant lyricism (“Was there a need for creation?/That was hidden in a math equation/that’s this:/Where do circles begin?”) that could explode many a mind. -Nick Freed

“Polar Opposites” possesses Modest Mouse’s trademark imagery: crippling introspection, bizarre animalia, and casual substance abuse. But unlike much of the other material on The Lonesome Crowded West, it somehow comes off as sweet. Maybe it’s the palm muted chords. Maybe it’s the stripped down instrumentation. Either way, it would make the perfect encore opener to a more epic tune such as “King Rat” or “Whale Song”. -Dan Caffrey

6. “Jesus Christ Was an Only Child”

Isaac Brock is at his best is when he’s screaming and ranting about heaven and hell-fire, and this folk jam is right in his wheel house. Despite being a standout track on Lonesome Crowded West, the band hasn’t played it for nearly 10 years. Putting this barnstormer in the encore with a stomping, spitting, and erratic Brock would knock the roof of the place.

The material on 2009’s B-sides collection No One’s First, and You’re Next saw Modest Mouse deftly teetering back and forth between aggression and melancholia. “I’ve Got It All (Most)” falls into the latter category. Brock’s bruised lisp and broken guitar is an unexpected and understated way to end an album and would be an equally affecting finish to an encore. -Dan Caffrey

This tossed off B-side, later included on Everywhere and His Nasty Parlour Tricks, would be a perfect companion to “Stars Are Projectors” as it deals with similar themes both in lyrics and in the music. It also contains some of the best lines Brock has written: “There’s one thing to know about this town/It’s five hundred miles underground, and that’s ok/There’s one thing to know about this Earth/We’re put here just to make more dirt, and that’s ok.” Imagine a few hundred people screaming that along with fists raised high. -Nick Freed

3. ”The Fruit That Ate Itself”

Modest Mouse has no shortage of songs that prove the band can stomp and howl with the best of them, but few match the energy and focus of this early gem. As a briefer predecessor to “Trucker’s Atlas”, it stumbles along with Jeremiah Green’s thick backbeat and Brock’s throatiest bark. He almost always sounds energetic; here he’s positively unhinged. -Dan Caffrey

This song is a bit of a left field pick, but it’s kind of an underrated track from Long Drive for Someone with Nothing to Think About. As far as energy and driving rhythm, this song is right up there with “Shit Luck” in regards to Brock spitting venom on stage. It also has that kind of Tom Waits sound that Brock loves these days. What’s more, it would make the die hards go crazy to hear Brock cough and wheeze through this deep cut. -Nick Freed

The live performance of The Lonesome Crowded West‘s third track does away with any sense of calmness or playfulness, jumping right to the manic yelp usually reserved for the chorus. As an audience member, you wonder where else Brock will go until the chorus itself actually does come in and he pushes his raw vocal chords even further. It’s a shaggy dog of a song made even shaggier in person, and would be a welcome addition to any upcoming show. -Dan Caffrey