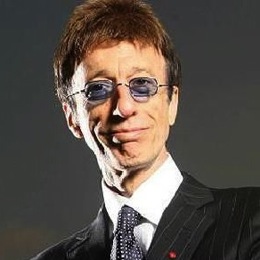 Robin Gibb, the lead singer and founding member of the Bee Gees, has died after a long battle with cancer, according to RollingStone.com. He was 62 years old.

An official statement reads, “The family of Robin Gibb, of the Bee Gees, announces with great sadness that Robin passed away today following his long battle with cancer and intestinal surgery. The family have asked that their privacy is respected at this very difficult time.”

Gibb and his brothers Maurice and Barry formed the Bee Gees in the late 1950s, though the trio didn’t see international success until a decade later. After relocating from Australia to England and signing with manager Robert Stigwood in 1967, the band released Bee Gees’ 1st. Released amidst the height of the British Pop Invasion, the album peaked in the Top 10 of both the UK and US album charts thanks to singles “New York Mining Disaster 1941”, “To Love Somebody”, and “Holiday”. The next two years saw the release of two more commercially successful albums, Horizontal and Ideas, which contained more chart-topping hits like “Massachusetts” and “I’ve Gotta Get a Message to You”.

Following the release of their critically-acclaimed 1969 double album Odessa, Robin quit the group and launched a solo career. The trio ultimately reunited in 1971, but after the commercially lackluster 1973 album Life in a Tin Can, they began to craft more rhythmic disco songs. The Bee Gees unveiled their new sound on 1975’s Main Course and their infamous soundtrack to Saturday Night Fever in 1977. The soundtrack topped album charts for 24 straight weeks and contained three #1 singles (“How Deep Is Your Love”, “Stayin’ Alive”, and “Night Fever”).

Over the course of their career, the band sold more than 220 millions records, making them one of the best-selling acts of all-time. For their efforts, they were inducted into the Rock and Roll Hall of Fame in 1997.