Top Photos of the Month (April) 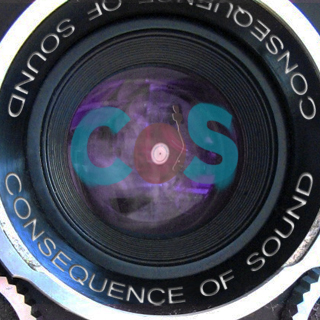 Following South by Southwest, it appeared as if everyone suddenly kicked off tours everywhere. Chicago’s Metro hosted some fabulous gigs (e.g. Wild Flag, Porcelain Raft), New York exploded with buzz bands, and California offered up two unique festivals (Paid Dues, Coachella). Our photographers snapped shots night after night, making April one of our busiest months on the live circuit in a long, long time. Naturally, they had a blast.

Event: Wild Flag at Chicago’s Metro (4/5)
Photographer: Michael Roffman
What Michael Says: It helps when you’re sort of crushing on an artist. Once Carrie Brownstein turned toward the camera, I think my eyes shattered. Thank god the lens didn’t.

Event: Cloud Nothings at Chicago’s Schubas (4/6)
Photographer: Michael Roffman
What Michael Says: I’ve listened to Attack on Memory probably 58 times by now. So, I kind of knew when he’d scream.

Event: People Under the Stairs at Paid Dues 2012
Photographer: Joseph Engel
What Joseph Says: Because my background is mainly in punk rock and hardcore music, live hip-hop can often be a bit dull to photograph. People Under the Stairs brought energy and movement that was more than just swagger, and I think that passion really comes out in this photo.

Event: The Horrors @ New York City’s Music Hall of Williamsburg (4/10)
Photographer: Harley Brown
What Harley Says: The Horrors not only look like rock stars, they’ve got the absurdly erratic lighting to prove it. When it was bad, I wanted to throw my camera at frontman Faris Badwan’s stupid striped t-shirt; but when I lucked out with shots like this luminous head-bang, it was really fucking good.

Event: Kitty, Daisy & Lewis at San Francisco’s Rickshaw (4/10)
Photographer: Summer Dunsmore
What Summer Says: Photographing Kitty, Daisy & Lewis was about catching that moment in which their respective personalities, their individual identities as performers, shined through. During “Don’t Make a Fool Out of Me”, Lewis Durham exuded a classic masculinity, and his features provided a natural palette – I just took the shot.”

Event: Alabama Shakes at NYC’s Bowery Ballroom (4/11)
Photographe: Nate Slevin
What Nate Says: It was a charm to fall under the southern spell of Brittany Howard and her Alabama Shakes. This enchanted moment came at the tail end of the set — at the height of their wild magic.”

Event: Porter Robinson @ Coachella 2012
Photographer: Ted Maider
What Ted Says: Dub-step is this weird new phenomenon between punk rock and electronic dance music; somehow you get intense mosh pits to strangely structured beats. But Porter Robinson stirred the pot far more than any other DJ I have ever seen. Not bad for a 19-year-old nerd.

Event: Willis Earl Beal at D.C.’s Rock and Roll Hotel (4/24)
Photographer: Drew Litowitz
What Drew Says: Willis Earl Beal was an unhinged enigma onstage. You could see flashes of light shining through the darkness of his impenetrable mystique, though. I tried to capture the physical light that mimicked the figurative, a moment where Beal was outlined by some sort of normalcy. Though, we still shivered anxiously wondering where he’d take us next.

Event: The Beach Boys @ New Orleans Jazz Festival 2012
Photographer: Michael Roffman
What Michael Says: There’s a lot of humor with this photo; in a way, it sort of summarizes the reunion on the whole – they’re old, but they’re having fun with it. Also, I was close enough to read the Tommy Bahama tag on Mike Love’s shirt.

Event: Tortoise at Chicago’s Empty Bottle (4/28)
Photographer: Jeremy D. Larson
What Jeremy Says: John McEntire is the most animated member of Tortoise by a mile. He’s not always on drums, but when he sits down at the kit he feels it just like that face for the entire song. I took maybe 50 rapid-fire shots of McEntire and this was the best mug he made.