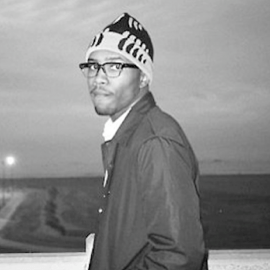 While Odd Future crooner Frank Ocean previously debuted new songs on the grand stages of Coachella, his latest number comes from a dimly-lit room at home. Despite the simple setting, Ocean belts as if he’s singing to a jam-packed Indio crowd, playing a simple, elegant electric piano part and delivering poetic bits of forlorn (Right hand to God/ Left hand holding the jewels/ And Im swearing up and down/ Im cursing out the moon”). Watch the replay below (via Rap-Up.com). The song’s lyrics can be found at Ocean’s Tumblr page.