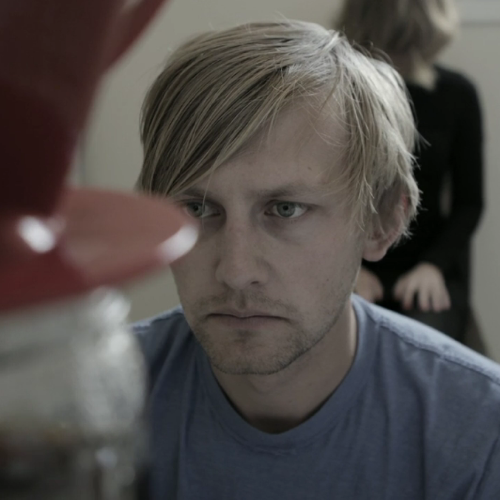 As WATERS, former Port O’Brien frontman Van Pierszalowski infused his debut LP, Out in the Light, with two distinct dynamics. One is a series of fuzzed out power-pop anthems, while the other features carefully crafted, subdued numbers filled with emotion. The standout track “Mickey Mantle”  falls into the latter category, an achingly beautiful rumination on youth and aging. If so tasked, how would one capture the track’s heartfelt sentiments in video form?

Better question: how does one accomplish that in 48 hours? That was the challenge assigned to Vidola Productions as part of the San Francisco-based Music Video Race. MVR pairs 16 bands with 16 filmmakers and gives the teams one weekend to cobble together a music video. What the clip’s director, Peter Ruecktenwald, his team, and WATERS crafted would be impressive even with a larger time allowance. In a sort of live-action stop-motion, Pierszalowski wakes in a minimalist apartment. He’s not alone, however, as an unidentified fraction of himself haunts the halls and closets, eventually leading him to a rooftop resolution. The clip earned second runner-up honors for Best Video at this year’s MVR – the song won for Best Song – and you can check it out below.

To see a full-motion version of Pierszalowski, you can check out WATERS on tour this summer with Nada Surf. Their tour schedule is below.