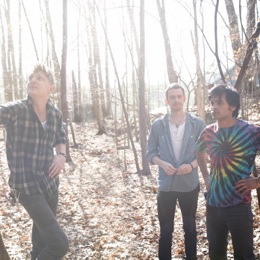 Following last week’s release of “Henrietta”, Yeasayer have detailed the rest of their third LP. According to Under the Radar, Fragrant World will be released on August 21st via Secretly Canadian. The 11-track effort was recorded in their native Brooklyn at Mexican Summer’s studio and Plantain Studios with DFA collaborator Abe Seiferth.

In an interview with Under the Radar, Yeasayer’s Anand Wilder said that the band tried to “capture the schizophrenia of what its like to be alive today.” He used the word “funky” to describe the album’s sound, adding that he listened to a lot of Teddy Pendergrass and Aaliyah records during the recording process. Were using a lot of sci-fi music elements, and combining them with soul music is our overarching theme. I dont know if that comes across, but I think it does,” he explained.

Check out the aforementioned “Henrietta” below, followed by the album’s tracklist and the band’s upcoming tour schedule.