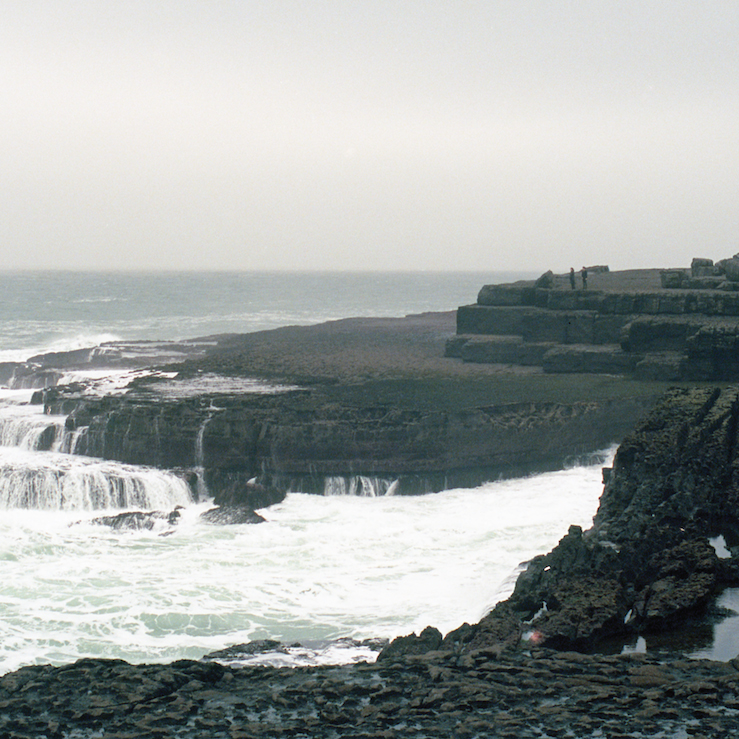 2:54 are sisters Colette and Hannah Thurlow, whose self-titled debut has arrived with a certain expectation around it. A raw demo of a chillingly compelling song called “Creeping” on their MySpace page less than two years ago spawned media lyricism faster than the sisters could post a moody shot of themselves in matching biker jackets. So it’s fitting that this same track closes the album, fully honed now under producer Rob Ellis’ guidance but still retaining the beauty and malevolence that pervaded the original. The song builds and swells impressively through crashing distorted chords, its sudden ending leaving you wanting more.

In that respect, “Creeping” breaks the mold here as it seals a set of ten songs that are essentially self-contained, their dynamics operating within rather than reaching beyond. There’s a uniform pace to the record – the intensity rarely lets up yet is largely confined. Irish-born, Bristol-bred, and now spiritually housed in East London, the Thurlows are all black leather and basement pallor. Colette Thurlow takes the lead vocal and more of a rhythm guitar role with her sister, Hannah, adding harmonies and contributing expert lead fills. It’s a neatly symmetrical relationship aided by the competent rhythm section of drummer Alex Robins and bassist Joel Porter. Vocally, the dream interplay is executed with such ease that lyrics wash over you in a kind of gothic, romantic haze, rather than penetrating.

The album opener, “Revolving”, sees urgent strummed guitar and crisp drums give way to languidly detached vocals and stinging arpeggios. The growling bass-driven “Sugar” is perfect indie-disco and carries some powerful hooks and stings in its hypnotic wake. In a record littered with strong melody lines, “Watcher” stands out as a particularly great example of the sisters’ grasp of how to construct and develop a song. Groundbreaking it might not be – this album could have been made in the early ’90s, while its current benchmark might be The xx. Yet it’s as well crafted and mature a debut that you could wish for and it won’t take long to draw you into the sisters’ tight web.