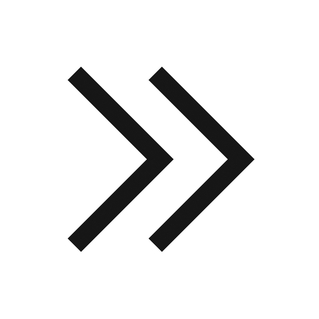 Largely known as Portishead multi-instrumentalist Geoff Barrow’s other project, Beak> has done a solid job of differentiating themselves from the shadow of the big brother. Working with Matt Williams and Billy Fuller, Barrow developed an obtuse power in the droning kraut/post rock. Throughout the group’s self-titled debut, rhythm drove the bus, grooves working to their own ends. On the follow-up, >>, the Can and Neu! influences are worn right there on the sleeve, analog synths pumped in, joy shown in unknowable insistence.

Barrow’s vocals on the album are largely unintelligible. When all that stands between the listener and the groove is a jumble of marble-mouthed nonsense, two frames of reference are enhanced. On one hand, we can zone out, feel the poly-rhythms intersect and drone, and sink right into things. Or, conversely, we can grasp at straws, struggle to find meaning in the blur. At Beak>’s best, the duality is astonishing, the listen offering either that immediate, rhythmic pleasure or that heady, challenging power. This is certainly the case on “Wulfstan”, in which a rounded electric bass provides an incredibly simple, throbbing melody line that demands the stoner head nod. Barrow’s voice comes out of a low, dark cave, echoing and reverberating. He’s got a synth down there, twinkles flashing out every once in a while, and a couple of friends to harmonize with. But its the bass, the simple drumming, and the crunching guitar that drive things. The vocals are meant to be opaque, a ritual moan more than a lyric.

There’s an eerie claustrophobia to that track, and a good deal of the album overall. The multiplying rhythms combining and spinning on top of each other provide a dense network to get lost in, as well as the vocals leading you down the rabbit hole to get there. The hypnotic bass manages to find three or four different licks in each song, working together a multiplicity of simplicity. The fact that the album is supposed to have been largely recorded live, without too many overdubs, is a strong implication of the trio’s musicianship.

“The Gaol” opens the album on an intense note, synths spinning along just off-key as a pulsing bass ripples out iterations of single notes. Beak> often plays at the edge of comprehension, rhythms wobbling just off of each other, tones not quite meshing. Though when they do, when the tension is broken, things just seem that much more earned. When “Spinning Top” grows and builds to a textbook peak before cathartically toppling over as its namesake, it’s both expected and necessary. Even though their compositions are dug straight out of a genre that’s been defined and worked through for decades, nothing seems stale (though it never sounds revolutionary either).

When the layers don’t quite add up, when things sound a little thin, the album wears. Though the power of “Spinning Top” works in its repetition and eventual drop-off, the groove builds over six and a quarter minutes, and there are only so many loose, lumbering drum fills that one can handle. “Eggdog” falls into the same trap, the drumming grinding everything to a slow death. Suddenly the simple drum rhythm and throbbing bass sound a lot less interesting. When the track moves into a small bridge with simple, backgrounded drums and strange mantra-ic vocals, the track becomes that much more bearable.

In many ways, this sort of kraut-rock inspired material either works or it doesn’t. When things don’t match up, when any single component isn’t working the way it should, the whole track falls flat. When everything melds, when all of the pieces fit together into the jigsaw puzzle of the cover of Neu! 2, there are few things that are quite as invigorating. Album closer “Kidney” finds itself readily in the latter’s camp. The whispery nothings that open the track, the thumping, slithering bass line, the echoic tom hits all come together in an eerie, dark cloud. The drum pattern is light, airy, without room for error, and the gathering storms of metallic guitar tones and bassy rumbles foreshadow the appropriately dark conclusion. To end the album on this high note was an important organizational choice, leaving the listener on an intense vision, a high, droning note that cannot be denied.While there are certainly missteps, points at which the grooves just aren’t worth celebrating, there are moments on >> that are greater than their assembled pieces.