Bobby Womack – The Bravest Man in the Universe 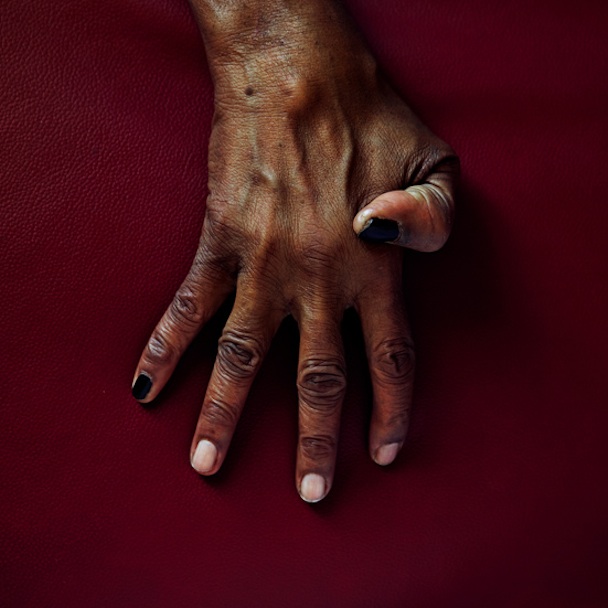 The idea of the tortured artist is a cliché. But aren’t clichés mostly true? Bobby Womack is truly a tortured artist, for he is an artist who has been tortured– by circumstance, by things out of his control. When a young Womack quit singing gospel in favor of pop music, Womack’s father, disgraced by his son’s secular conversion, kicked him out of the house. Womack retreated to California. Then, in 1976, Womack’s son Truth died as an infant. Womack coped through cocaine, an addiction he discussed in his biography, I’m a Midnight Mover. Womack would later lose another son, Vincent, who committed suicide in 1986 at the age of 21. And then, in March of this year, Womack was diagnosed with colon cancer.

He is tougher than you or me, because he has been tortured. He is braver than you or me, because he survived his torture. The Bravest Man in the Universe is the sound of that perseverance in the form of an album, but it’s also Womack at his darkest and most vulnerable. Doesn’t he have the right to that darkness, that vulnerability? He’s entitled to such emotions in a visceral sense; his pain is real—autobiographical—pouring out of the speakers without any filters. These aren’t songs written by a man with a broken heart but rather a man who’s had his heart broken over and over again.

Womack underwent surgery in May to remove his tumor and was declared cancer-free soon after. The Bravest Man in the Universe was written and recorded in the months leading up that procedure, when life for Womack was neither black nor white. It was grey— grey with anxiety, the kind only a cancer patient can understand. I can hear the grey in Womack’s husky voice and in producer Damon Albarn’s trip-hop arrangements, but I can’t relate to it because I’ve never suffered anything remotely close to the chaos Womack has experienced: My problems are utterly superficial. In spite of that, I can hear, feel, and taste Womack’s anxiety. It is affecting, direct, and serrated. It tastes bitter.

What’s wrong with his thumb? On the cover—why is like that? Is it broken? Again, things are grey. Never has artwork so aptly prefaced the album it accompanies. The Bravest Man in the Universe sounds broken, on the verge of collapse. Yet Womack won’t let that happen; his voice—aged but no less powerful—holds everything together. He states his thesis on the opening title track: “I’ve got a story I want to tell/ Gather ‘round boys and girls/ I once was lost, but now I’m found.” Strings wash over a boom-bap beat as Womack sings about forgiveness, recovery, and finding shade on a blisteringly sunny day. A pessimistic person would have forsaken these things long ago. That’s not Womack. He’s brave. Co-producers Albarn and Richard Russell provide the soundtrack to Womack’s rebirth as an electro-crooner. Their beats are skewered, fractured— the open spaces filled with cold ambiance.

In his heyday, Womack frequented Billboards R&B charts, though he was only marginally relevant in the eyes of the Hot 100. He ruminates on his career during the album’s self-referential centerpiece “Dayglo Reflection”, which contentiously features Lana Del Rey. Her name has become a buzzword unto itself, but there’s no denying the smoky atmosphere of her voice. It doesn’t seem out of place here. The turmoil of her budding career parallels the struggles Womack outlines in the song.

On “Stupid”, Womack briefly withdraws from his introspection for a stab at the institutionalization (and commercialization) of church: “They ask for money in the name of the Lord/ And they’re lining pockets and keep coming back for more.” It’s a pointed critique and a decent song, but not something that belongs on such a personal record. This track, along with the straightforward hymn “Love Is Gonna Lift You Up”, act as breathers for the listener during an exasperatingly emotional album. Perhaps these breathers are necessary, yet they’re weaker tracks by default.

The Bravest Man on Earth is collaboration between a man at the end of his life and a pair of producers channeling that man’s feelings through beats and keyboards. If those feelings are indeed broken, Womack tries his hardest to hold them in place. The strongest moments of The Bravest Man in the Universe brought me to tears. I listened to it late at night, lying on my floor with a glass of wine, Womack’s biography in mind. And I wept for him. That might sound melodramatic, but it’s the truth. Bobby Womack has been through some shit in his lifetime. He slogged through it. He continues to slog through it. He’s braver than you or me.

Essential Tracks: “The Bravest Man in the Universe”, “Dayglo Reflection”, and “If There Wasn’t Something There”