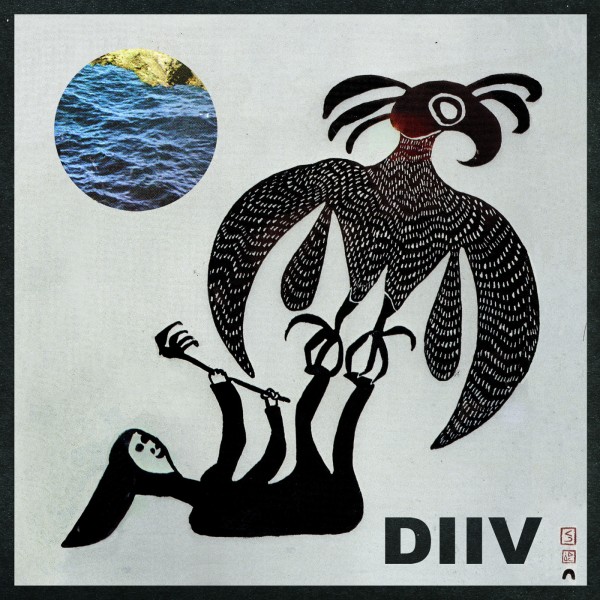 There’s an ineffable quality to DIIV’s debut LP, Oshin, that reminds me of a friend telling me about her dream from the night before. Sometimes it’s actually pretty interesting, and sometimes it’s excruciating to help her figure out what being naked in public really means. Frontman Z. Cole Smith– who also plays guitar in Captured Tracks labelmate Beach Fossils– jangles guitar riffs along the deliberately mumbled bass and crystalline drum beats of fellow dream-gazers Real Estate, which in turn sound a lot “like someone dozing off while idly dreaming of the Smiths,” as Nitsuh Abebe said of Wild Nothing’s latest single “Shadow”. He may as well have been talking about DIIV: Like most dreams, that certain je ne c’est quoi that seemed so compelling at the time doesn’t always translate to a re-telling.

Even now, after listening to the album about 15 times, I still can’t remember what distinguishes each song on the tracklist. The nouns and verbs of the “(Druun)”s, “Past Lives”, “Human”, “Wait”, “Follow”, “Earthboy”– I’m not kidding, all of them– have the same rhythm and closely aligned chords that after repeated listens sound as frustratingly indiscernible as Smith’s lyrics. While it’s a tribute to the DIIV’s arrangements that Smith uses his voice as a melodic implement rather than to convey a message, the strongest tracks happen to be the ones in which you can hear what he’s saying. On “How Long Have You Known” (which could have appeared on Days and none would be the wiser), for example, the repetition of “forever” very simply reinforces itself.

These songs aren’t unpleasant to listen to; on the contrary, like the rumor that playing classical music for babies makes them smarter, Oshin’s peaks and troughs are conducive to slightly different kinds of meditation. “Sometime” leads to brooding, most likely on the subject of love lost, and the gently picked guitars opening album closer “Home” sound very much like Band of Horses’ “On My Way Back Home”, which is to say there’s a chord progression that encapsulates the bittersweet quality of homesickness. But like these feelings, the songs just don’t stick long enough to make more than an impression in the pillow.

Essential Tracks: “How Long Have You Known”, “Sometime”