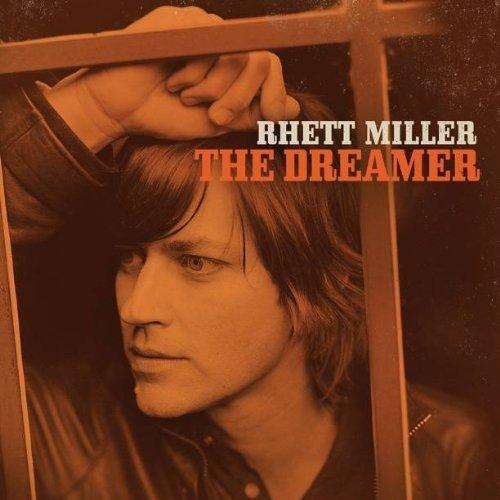 Rhett Miller was becoming a slave to the album-tour-album-tour grind, his countrified power-pop growing glossier with each subsequent release. 2001’s The Instigator was a catchy cash grab and 2006’s The Believer followed suit, and his latest work with the Old 97’s was equally f0rmulaic. Flirting with irrelevance, Miller started his own label, Maximum Sunshine Records, and began fundraising for a new solo album through the PledgeMusic initiative. The Dreamer was to be a return to form, a return to his country-rock roots.

Miller produced the album by himself using the money donated by his fanbase. The shoestring budget adds humility to Miller’s tunes, and although the album’s fidelity isn’t quite lo-fi, it sounds grizzled, homely, and honest. No more pandering to a potential audience; he’s playing for himself, his fans, and nobody else. When he sings, “I was going through a hell of a time when suddenly you showed up,” he’s a man airing his issues through song. Miller’s always been one for channeling lyrics through different characters and archetypes, but The Dreamer sounds personal.

But exactly how personal remains unclear. Miller comes off as utterly neurotic, worried about losing love when he’s smack-dab in the middle of a relationship and self-conscious when single. It’s like when you read a fictional memoir or watch a documentary and ask, “How much of this was actually lived by someone?” On “Out of Love”, he confesses, “There’s a real possibility that there’s really something wrong with me… I’m only happy singing a sad, sad song.” Or on “Sleepwalkin’”, he admits to being intimidated by the intelligence of a girl who’d “won awards and stuff.” Miller explores the psyche and soundtracks his introspection with understated twang akin to Ryan Adams’ softer moments.

In the end, whether The Dreamer is actually about Rhett Miller’s girl problems is totally arbitrary. What is undeniably true is that Miller has rediscovered the alt-country voice that earned him his fanbase back in the ‘90s. Those fans had faith in their artist-of-choice, and The Dreamer wouldn’t have been possible without them.

Essential Tracks: “Out of Love”, “Sleepwalkin’”