Soulsavers – The Light the Dead See 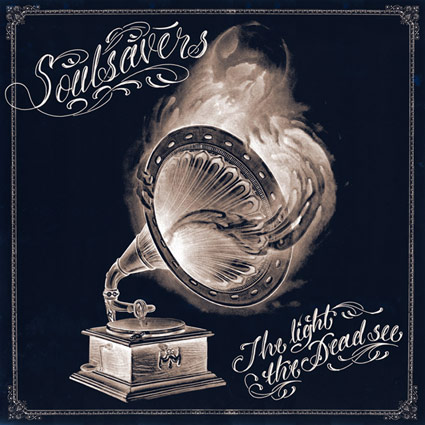 There are few men better suited to lend a voice to the aural heroin shot that is a Soulsavers record than a former minion of the needle, and the pain the infamously troubled Gahan has experienced in his life absolutely drips from each and every word on The Light the Dead See. The group’s fourth release is a wonderfully cinematic album, a sonic backdrop to the end of the world painted in sorrowful and sweeping strings, coalescing organs, and Gahan’s devastating–and devastated–balladeer’s voice. The songs here are all complete with bursting and blooming dynamic qualities, and the consistency in vision, from the introductory “La Ribera” to the curtain call of “Tonight”, makes the album feel like one song with many movements.

Soulsavers’ impeccable dynamic sense is displayed best on “Gone Too Far”, which places Gahan’s heartfelt vocals over a sparse floor of acoustic guitar strumming and organ, until the darkness created by the aforementioned is broken by a lightning bolt of fuzz-riddled guitar and feedback, unleashing a controlled chaos for Gahan’s voice to soar over in desperation. The moving strings of instrumental track “Point Sur Pt. 1” lend a continuity to the urgency felt in the climax of “Gone Too Far” and lead directly into “Take Me Back Home”, which is undeniably the standout track here. Its choir of voices bolster Gahan, crafting a piece of music that is as grandiose as it is gut-wrenching.

The Light the Dead See is an album you listen to late at night, possibly in the dark, and absolutely alone. With a dash of Nick Cave and a shade of Scott Walker, the disc is a reminder of why Soulsavers’ atmospheric hymns work so well and have earned spots in countless film and television scores.

Essential Tracks: “Take Me Back Home”, “In the Morning”, and “Tonight”