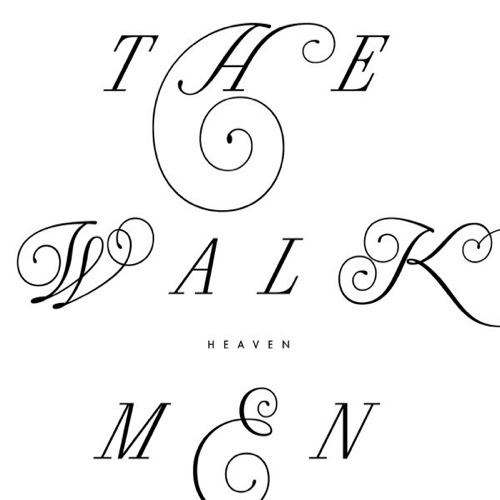 I don’t remember why or how I started listening to The Walkmen, but I remember the first time I introduced them to someone else. Riding in the car with my mom one day, I put on “Louisiana”, trying to convince her with, “These guys sound like Bob Dylan!” It was around the time in my life when I was increasingly embarrassed about listening to her Bonnie Raitt discography and The Big Easy soundtrack, but I still needed her validation before forming my own opinions. And once we got to “Emma, Get Me A Lemon”, she said all their songs sounded the same. So for a while, I only deigned to give The Walkmen half-hearted listens, tossing them aside almost as soon as I picked them up.

I also don’t remember when my opinion of The Walkmen swung as suddenly in the opposite direction, but it was around the time I realized country and zydeco were, like, cool to listen to. It may have been “The Rat”, but some things never change, and I still like to think that the privilege of my opinion wouldn’t rest on something so obvious. It could have been the chords opening “Juveniles”—which still never fail to sway me from side to side—when Hamilton Leithauser screeched at me once and for all, “You’re one of us, or one of them.” By the time I got to “Woe Is Me”, steeped in the same Phil Spectorisms that suffuse the rest of Lisbon, I realized that even if their songs sound the same, I’m with the band.

Heaven, The Walkmen’s seventh LP, celebrates that tested dedication with a mid-life crisis of sorts. They’ve already gone through their life phases, like my mom music shame, and are settling down with their wives and children into a multifaceted album that can grow old along with them. Instead of digging into a groove, like their earlier albums—Bows & Arrows is totally Leithauser’s Rod Stewart phase, and the brooding You & Me echoes  A Hundred Miles Off—Heaven is all over the place, as much as The Walkmen can be all over the place.

There’s an instrumental blues noodle (“Jerry Jr.’s Tune”), a nasty she-devil rocker (“The Witch”), and songs so quiet, according to Leithauser, that the band “had to re-record them because my mouth sounds, the sounds inside my body, were too loud” (“Southern Heart”). For all the flawless, diverse execution, however, self-doubt lingers; perhaps because producer Phil Ek whittled down the band’s original 30-some songs to the album’s 13, while Leithauser tells an interviewer he shouldn’t always have done “stuff we were told we needed to do.”

Most likely, it’s because like any middle-aged examination of middle age, Heaven is a self-conscious album. Album opener “We Can’t Be Beat” begins with Leithauser crooning, “I was the Duke of Earl/But it couldn’t last/I was the Pony Express/But I ran out of gas,” against a goose-stepping tambourine, handclaps, and a kick drum, sounding more like a royal army than a marching band. What’s most noticeable about that phrase, however, is that he doesn’t finish the words “last” or “gas.” To put a fine point on it, he literally doesn’t last the length of the words because he runs out of gas. It’s clever, if a little obvious. Leithauser seems to think so too, acknowledging such sleights of hand on “Song for Leigh” with “These tricks are tricks/And learn from the king,” hedging the same way someone backpedals after a bad pun. He might be the king, but of what? They’re just tricks, after all.

Much of Heaven revolves around this lyrical back-and-forth, consisting of a possibly hypocritical Leithauser making statements and disavowing them almost as quickly, trying to legitimize compromises he’s made—like not being able to take his one-year-old on tour because she wakes up at six a.m.—for a career in music that’s “always been a struggle.” After promising “I’ll never leave” on “We Can’t Be Beat”, the boom-boom-bap behind “Heaven” belies the desperation of “Don’t leave me, you’re my best friend/All of my life, you’ve always been” and the regret of “I left you a million times” on album closer “Dreamboat”, whose funereal chords curl under themselves like a tail tucked between his legs. Whether addressing his partner or his muse, these empty threats and pleas will undoubtedly be familiar to anyone who’s struggled with a loved one. It’s a far cry from “Little House of Savages” when Leithauser screamed with what was then youthful conviction, “Somebody’s waiting for me at home!” Eight years later and after “some long tour that you really shouldn’t have done,” he doesn’t seem so sure.

It’s difficult to reconcile this insecurity with the album’s subtleties specific to self-assured musicianship, like the violins that swim to the surface only during the last 30 seconds of “Line By Line” or the background barbershop quartet “ooh”’s on “No One Ever Sleeps”. Flawed individuals making nearly flawless music is a hallmark of rock, so it’s no surprise that this is The Walkmen’s first rock and roll record. I’m not sure if it’s mind-changing enough to persuade my mom that Heaven is the next Highway 61, but it’s enough to convince me that I wasted my time thinking The Walkmen would always sound the same.

Essential Tracks: “We Can’t Be Beat”, “Heaven”, “Southern Heart”, and “Line By Line”