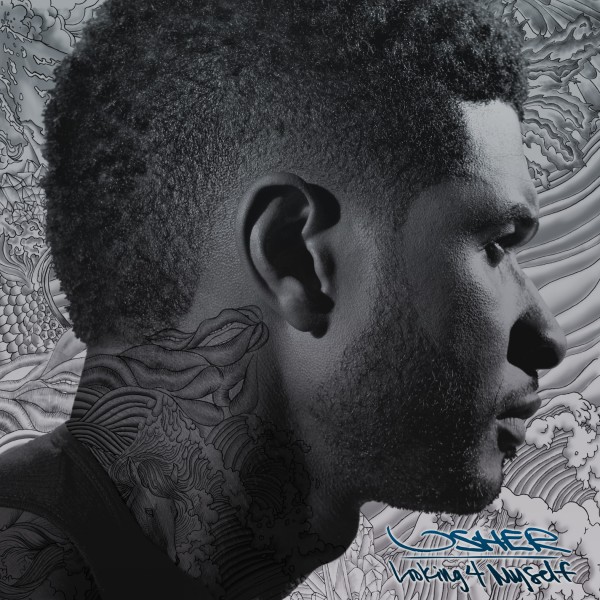 Ever since he broke through with his 1997 release My Way, Usher has maintained cultural relevance. He has never had a comeback because there never was a decrease in his popularity. For 15 years, he has seamlessly conquered the R&B and hip-hop scene, endured while peers faltered, and then conquered some more. The seven-time Grammy winner is continuously emulated (see: Brown, Chris), but his tenure as a superstar is rivaled only by legends (see: Jackson, Michael). “Simply put: Evolve or evaporate,” Usher told Spin in an interview earlier this month. “That’s how you stick around. Evolve or evaporate. You have to be cognizant of what’s going on around you. You can’t be so bold and reluctant to be receptive to change that you don’t allow yourself to grow.” This makes sense; creativity spawns unique art, and creativity, by nature, is never stagnant.

What is compelling about Usher’s new album, Looking 4 Myself, is how he tries to develop an amalgam of the musical ingredients he has toyed with in the past to produce a new genre he coins “revolutionary pop.” In other words, he’s never needed a career rejuvenation, but in his new album, he’s reinventing himself anyway. And that willingness to progress at the risk of failure is why Usher still matters in 2012 while artists like Next are an afterthought.

The 14 tracks on Looking 4 Myself leave the listener enticed, mainly because there is no pattern to what the next song has to offer. There is no coherent approach in a thematic sense. In fact, Usher more or less concedes this record forays into a new musical sphere, and much of the record is storytelling from a fictional standpoint, rather then a personal diary. “People often assume that each and every thing that you say, you go through,” Usher explained later in the interview. “But that’s not true. There has to be some sort of element of entertainment and artistry where you kind of dream things up. I’ve always wanted to be a person who wanted to introduce myself to different people. That conversation hasn’t ever changed, but now, I have music that speaks to that, so it’s easier for people to understand who I am as an artist.” The lyrical freedom allowed by the musical experimentation is refreshing, especially after previous releases like Confessions and Raymond v. Raymond gave listeners a front row seat on Usher’s personal trauma. And without that baggage, we’re left analyzing the music, which again, is fittingly arbitrary.

There are four working genres in play here: Usher’s classic mold of hip-hop and R&B as well as the derivatives of each style. For example, “Can’t Stop Won’t Stop” and “Scream” are aggressively seductive club songs in the same vein of previous hits such as “Yeah!” and his collaboration with David Guetta on “Without You”. But the “revolutionary pop”counter to those tracks are “Show Me”, “Twisted” and, most notably, “Numb”. On the surface, these three songs are archetypal electronic dance anthems, but they are bolstered by more complex vocal construction.

Meanwhile, Usher boasts his superior R&B vocal range in “Climax” and “Dive”. Each track has its moment but teeter toward mediocrity when no payoff occurs (Side note: ironic that “Climax” has no, uh, climax. If this was intentional, it went over my head, and I’ll tip my hat to Usher. Well played.). However, “What Happened To U” and “Sins Of My Father” display the same vocal prowess but are matched with beats of higher sophistication which avers his earnest attempt to deviate from a traditional blend of R&B and hip-hop.

Although Usher circumvents writing from personal narrative, in “Numb” he appears to inadvertently describe the logic behind the musical ambition permeating Looking 4 Myself when he sings, “Keep on doing the same old thing/Are you expecting change/Is that really insanity/Or just a loser’s game.” The context of these lines are within the prism of a tumultuous relationship, but isolated, the words parallel Usher’s goals with this record. One can’t help but wonder, if even an artist with the level of success Usher has enjoyed, did he ask himself whether it is insane to waver from a proven formula? The cliché, “If it’s not broken, don’t fix it” is profoundly accurate in many facets of life, but can also lead to complacency. Usher doesn’t subscribe to that platitude, he relies on his own mantra, “Evolve or evaporate.”