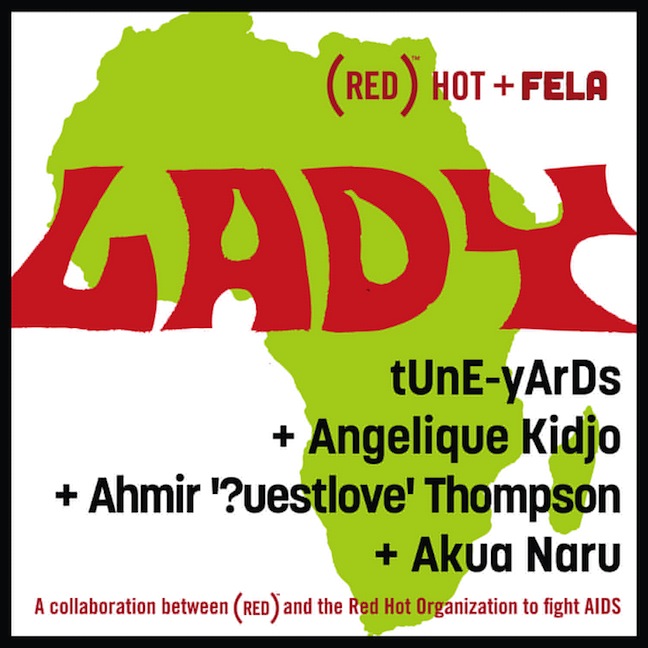 tUnE-yArDs and The Roots’ ?uestlove have joined forces to cover Fela Kuti’s “Lady” for an upcoming tribute compilation called Red Hot + FELA. The track, which also features rapper Akua Naru and African singer Angélique Kidjo, is now available to purchase through iTunes. Update: You can also stream it below.

The compilation is the first collaboration between AIDS charities (RED) and Red Hot Organization (though Red Hot has a long history of such efforts). Proceeds will benefit the charities’ fight against AIDS through popular culture and consumer product. According to Billboard, the entire compilation is tentatively set for release later this fall.

The single’s release also marks the kick-off for the (RED) RUSH TO ZERO campaign, which benefits an initiative to end mother-to-child HIV with, among other things, a celebrity auction featuring lots from The xx, The Black Keys, Metric, and more.