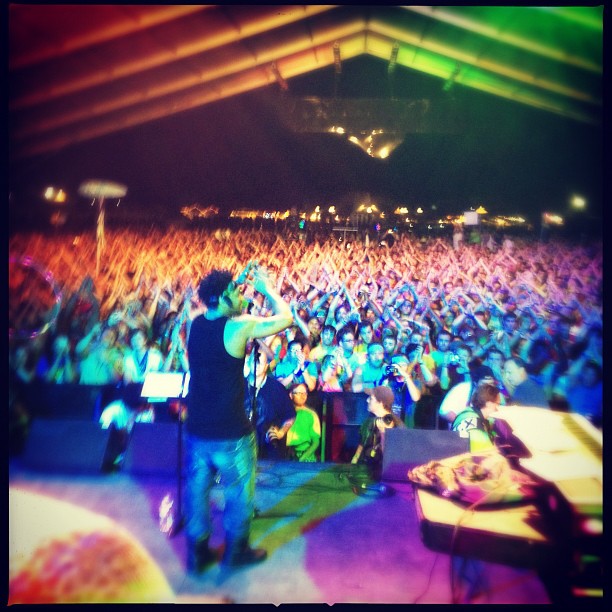 This year’s Bonnaroo Superjam proved historic as it featured the first U.S. performance by D’Angelo in 12 years. The surprise 90-minute set took place a little after Midnight Sunday, and saw the R&B crooner cover The Beatles, Led Zeppelin, and Jimi Hendrix with help from members of The R00ts, Parliament Funkadelic, and The Time. Below, you can find fan-footage of their Beatles cover, “She Came Into the Bathroom Window”.

Currently, D’Angelo has two additional U.S. performances announced: at the Essence Festival in New Orleans in July, and at Jay-Z’s Made in America festival in Philadelphia in September. He’s also continuing work on his long-awaited third studio album.