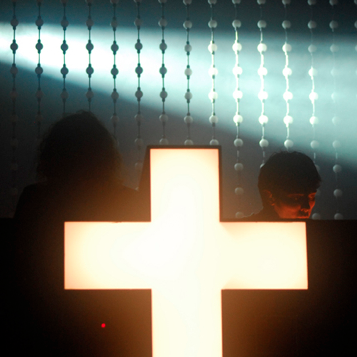 Justice will return to the U.S. this October in support of last year’s Audio, Video, and Disco. The leg kicks off in New York City on the October 21st and includes a pre-party at this year’s Moogfest and an appearance at Voodoo Experience. As previously reported, the duo will also travel to North America in August for appearances at Osheaga, Lollapalooza, and Outside Lands, as well as a one-off date with Passion Pit at the famed Red Rocks Ampitheatre in Morrison, Colorado. Check out their entire tour schedule below.

Along with today’s tour announcement, Justice has released a new five track EP centered around the single New Lands. Included are remixes of the track by A-Trak (which you can stream below), Sebastian, and Falcon, as well as a live version. Download it now via iTunes.