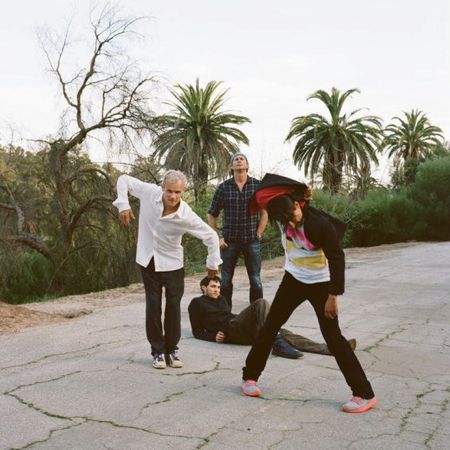 As previously reported, Red Hot Chili Peppers are sitting on a boatload of unreleased music from the I’m With You sessions — 18 songs to be exact — which they’ll unveil as part of a new single series. Now, an issued press release has confirmed the exact release details.

The fourth, fifth, and sixth singles (titles TBD) will follow on November 6th, December 4th, and December 18th, respectively. The final single will then be released in early 2013.

According to guitarist Josh Klinghoffer, “Some songs seem to have a lot more of an agenda than others. Some songs play well with others and some songs need more attention and a little extra care. Here are some songs that seemed to want to pair up and take a later train.”

In continued support of I’m With You and the forthcoming single series, the Chili Peppers will tour extensively through the remainder of 2012. Find their updated tour docket below.