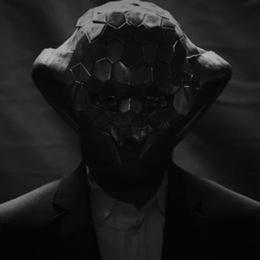 “If Giorgio Moroder would have composed music for Ingmar Bergman, this is what it would have sounded like.” At least, that’s how Hortlax Cobra, the percussion-oriented side project and possible alter-go of Peter Bjorn and John’s drummer John Eriksson, describes himself. According to press, “Eriksson combines the influences from his life within classical contemporary music and the songwriting of his daytime job with ‘Peter Bjorn and John’ with an autodidact recording technique to create a colourful blend of lo-fi disco, minimalism, action-movie soundtrack music from the 80´s, sound collage and synth-pop.”

One of the first releases from Swedish label Ingrid (featuring Lykke Li, Miike Snow, and, of course, PB&J), Hortlax Cobra’s debut, Night Shift, drops this week. As a first listen and vision of the album, Swedish artist Lo Vahlstrom made an aesthetically unnerving video for the track “Repeat Performance”. A quickening heart monitor-paced synthesizer soundtracks black-and-white images of distant traffic lights and moving water, ending on a clip of a man in a suit wearing– what else?– a cobra mask. Watch it below.