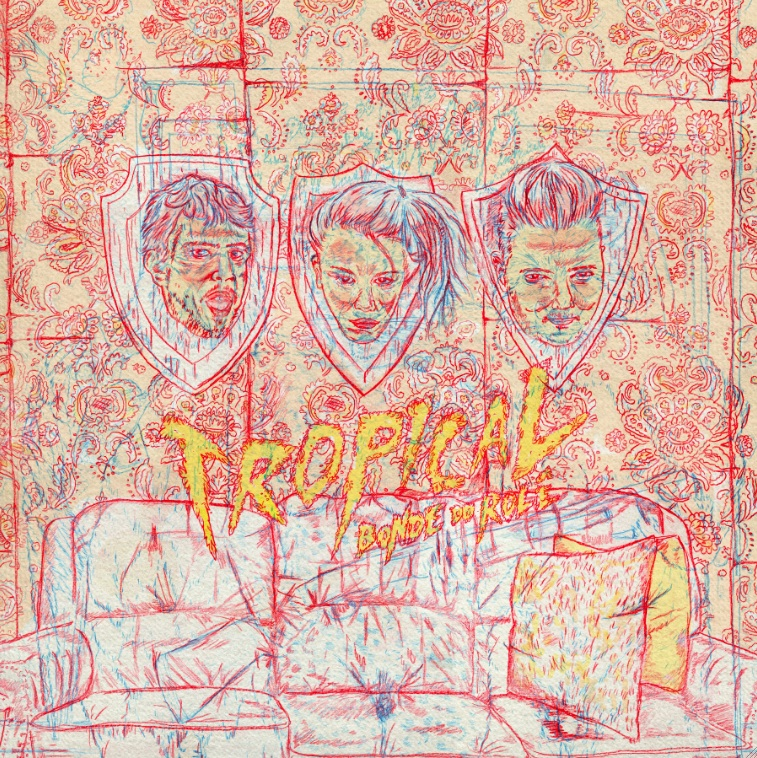 Five years have passed since the the release of Bonde do Role’s debut album With Lasers, a spastic fiesta exploding with hair metal riffs, shameless drum machine beats, questionable moaning, and, of course, Portuguese. Though a lot has changed in the past half decade, Bonde do Role have somehow managed to maintain With Lasers’ ridiculousness, maybe even upping it a notch or two with their new followup from Mad Decent, Tropicalbacanal. Just take a peek at the lead single “Kilo”‘s music video, where Diplo stars as a cowboy drenching scantily clad women erotically in fruit juice, and you’ll understand.

In a lot of ways, that music video serves as a perfect explanation of the album: somewhat tasteless, no-holds-barred, and addictive. None of Tropicalbacanal‘s 12 songs reach the three minute mark, yet they all feel fully realized. And if Bonde do Role have mastered anything, other than the art of the short song, it’s the combination of outlandish, disparate sounds and styles into a semi-coherent whole. Opener “Arrastao” gives the classic cheerleading chant a makeover, randomly punctuating pauses in the music with frog ribbits, cat meows, and elephant wails. The roadrunner makes an appearance in “Bang”, alongside lazy Hawaiian beach melodies, whose guest verse by Das Racist only completes the picture.

Even Cowboy Diplo controlling the mechanical sumo wrestler and the explosions of eroticism in the video works on a greater level too, as he, as the producer of the record, is a major presence throughout. Tropicalbacanal doesn’t bleed Decent Work or Major Lazer, but the tightness of this album compared to the sometimes haphazard nature of their previous work can be credited to him. Wrangling the absurdity into neatly packaged two and a half minute boxes renders this album perfect for consuming in parts or as a whole, worming its way onto every party-ready playlist for a long while.

Near the end of the record, Bonde do Role take care to eliminate the chance of a language barrier preventing the translation of Tropicalbacanal‘s message, repeating lovingly, “Baby don’t deny it, you know you want to dance.” Don’t worry, guys, we’ve already got you covered.