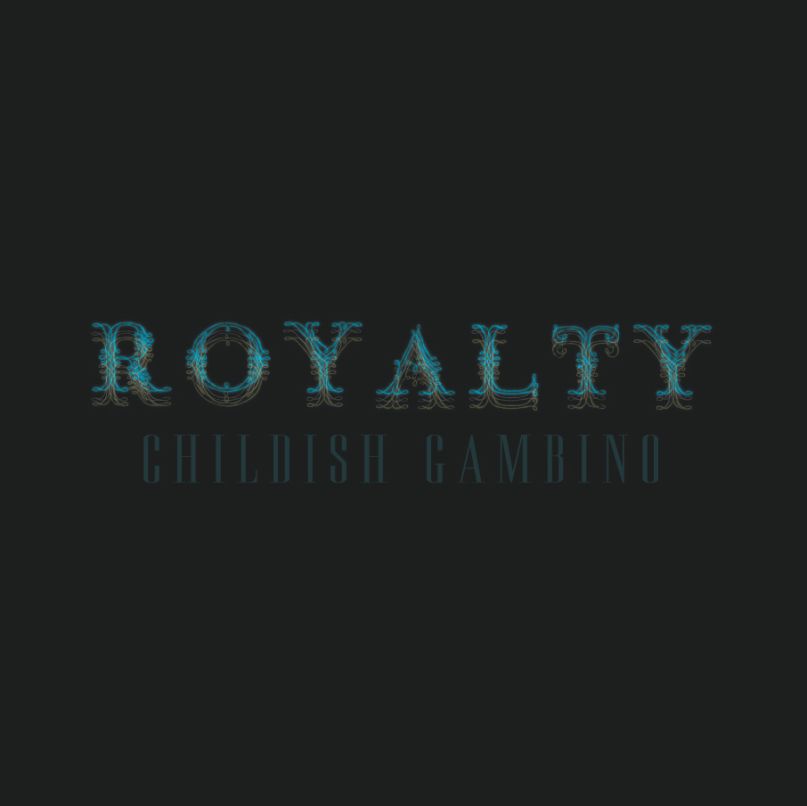 Some find it laughable that comedian Donald Glover would forge a rap career as Childish Gambino, but last fall’s CoS Top Star-earning Camp zipped the lips of many a heckler. This year, Gambino returned on the Fourth of July with a new mixtape, Royalty, to silence the last of the snickering. The resulting 18 tracks are light on the punch lines, heavy on the swag, and an overall mighty declaration of newfound skill and confidence despite a few missteps.

“We Ain’t Them” is Gambino at his most succinct and self-assured, discussing his newfound status (“Feelin’ like the other stuff is kinda behind us/ Making jokes here and there got us some dollars/ Trying to show the whole world what it is and it ain’t a game”) while further revealing cutting truths (“Back of my mind, I hope the show [Community] gets cancelled/ Maybe then I can focus”), all with the tone of a man who’s grown up in just a few months. Even when he does display vulnerability, busting out his trademark family yarns, the sentiment feels consistent with his newly acquired maturity.

While the beat of “Shoulda Known” sounds like a Camp leftover with its electro-synths and drum machine clatter, it sees his confidence continue to rise, busting out antagonistic lines like with a nod to Dr. Dre: “It’s eastside if you can’t tell/ North Decatur and Glendales/ So fuck y’all, all y’all/ If y’all don’t like me/ Good”. It lacks any iota of Gambino’s sometimes dubious wordsmithery, but it’s a profound statement of his desire to leave behind the doubt and insecurity that has plagued him for so long.

In rap, the way to definitively demonstrate a healthy ego is team up with other MCs for a (somewhat) friendly competition of mic skills. While Royalty features Beck and even Tina Fey, the most intriguing guest spots are the Bun B-aided “R.I.P.” and “Toxic” featuring Danny Brown.

The former, built upon Kavinsky & Lovefoxxx’s “Nightcall”, begins with Bun B’s impossible-to-follow flow, spitting lines like “Doing all the right things in the wrong ways/ “Doing all the wrong shit for the right reasons” that rides the beat like a shiny drop-top. Gambino’s contribution masterfully sees him go back to the one-liners (“Rest in peace to them niggas who was dead wrong/ Toni Braxton to them niggas/ That’s a sad song”) but delivered in a new, menacing way that depicts him as a rapper who makes jokes and not vice versa.

“Toxic” and its sample of Britney Spears’ 2003 hit is a consciously goofy decision that Brown and Gambino embrace with gusto. Once more, Gambino’s collaborator is on the top of his game, with Brown busting out his usual wacky shtick (“Flow so pneumonia/ Ya bitch want my bonah”) with rich vocal inflections and plenty of insanity. To his credit, Gambino busts out his best wacko, delivering lines like “Fandango my Mandingo/ We should do a movie/ Groupies looking like Yakuza in my Jacuzzi.”

The missteps on the album come from Gambino relishing his weaknesses, like on the half-baked Weeknd banger “Make It Right”. It’s not the kind of avant R&B the Gambino thinks it is, but rather the interplay between Gambino and up-and-comer Kilo Kish is just reminiscent of that style. It’s not a bad effort, but Gambino’s flow and golden pipes are just too powerful to be confined to lazy sing-talking. Plus, Kish’s pronounced presence feels unfamiliar, considering Gambino’s micro-managed every other album track.

Speaking of which, “They Don’t Like Me” is the manifestation of Gambino’s desire for control taken to its unfortunate extreme. There is little of that heart and soul Gambino’s known for, and the track results in a pessimistic worldview. Without that lust for the positive, the track feels bland and uninspired. “Wonderful”, on the other hand, shifts gears in the opposing emotional direction, sounding far too grand and anthemic. Josh Osho’s overly saccharine harmonies aside, it’s the track’s celebratory piano groove that’s overtly mainstream for Gambino’s aesthetic. The whole vibe and feeling of the song hurts what could be meaningful personal observations (“This nigga think he hot shit/ He think he good at everything/ I just didn’t wanna get left out more”), leaving them sounding inauthentic to the Gambino canon.

Gambino’s skills and prominence continue to grow and develop, and he’s becoming a tried and true success story of actor-turned-musician. If there’s anything he still needs work on, it’s to trust more in what he’s doing and shake off those last remaining bits of uncertainty. If he can do that, then the last laugh will truly be his.