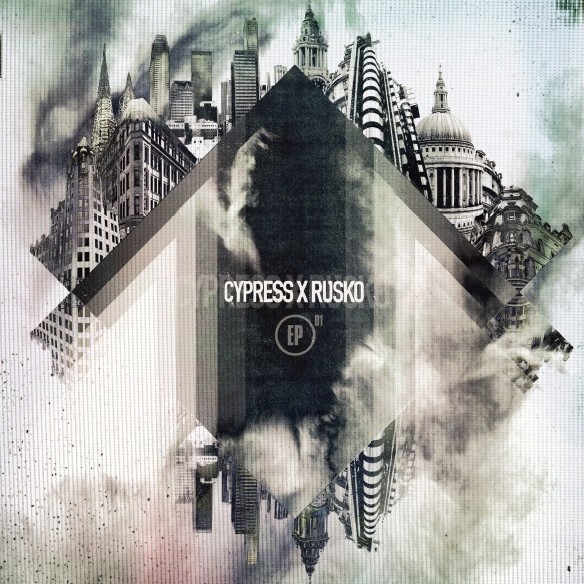 Music collaborations are as volatile as lab experiments. A great formula can move music forward, and a bad one can fizzle without any consequence. It gets even trickier when an aging band reaches out to a hot new thing, aiming to rejuvenate their career. In rare cases, it actually works and turns out to be a home run for both parties – see “Walk This Way”, which put Aerosmith back in the spotlight and shot Run D.M.C. into crossover superstardom. However, most of the time, it ends up being a sad grasp at relevancy. Cypress x Rusko falls squarely into the latter category.

Cypress Hill haven’t been relevant to anyone outside the stoner crowd since the mid ’90s, while dubstep is “the” thing right now. In many ways, hip-hop and dubstep share an audience, and mixing the two can be done right – just look at the Flux Pavilion sample on “Who Gon Stop Me” from Watch the Throne. So in a way, it makes sense that Cypress Hill, looking to appeal to a younger crowd, would reach out to Rusko. Throw in some mutual admiration and a shared love for weed, and the collaboration was born.

If there’s an upside to this EP, it’s that Cypress Hill sound like they’re having more fun than they’ve had in years. But the rest of the album is all downside. It’s chockfull of clichés, recycled beats, and lazy songwriting. “Roll It, Light It”, “Stay Medicated” and “Shots Go Off” are all shallow songs that bring nothing new to the table, staying within the confines of tired mid-90s drugs ‘n’ guns songs. Mixing three genres in one song is tricky at best, but Cypress & Rusko went for it by enlisting Damian Marley to guest on “Here From Day One”. Unsurprisingly, adding reggae to the already shaky hip-hop/dubstep blend muddies the music even more, even if it does sound like a stoner’s dream.

Despite Cypress x Rusko‘s myriad problems, the target audience won’t care. When lead single “Roll It, Light It”, comes on, joints will be smoked, inhaled, and exhaled. When the two inevitably share the stage at the next installment of Cypress Hill’s SmokeOut Festival, crowds will eat it up. And for Cypress Hill, that’s all that matters. But outside of that cloud of smoke, listening to Cypress x Rusko is a chore – one that mercifully only lasts 16 minutes. One can only hope the collaboration ends here, and we don’t have to experience a full-length album.