J Dilla – The Rebirth of Detroit 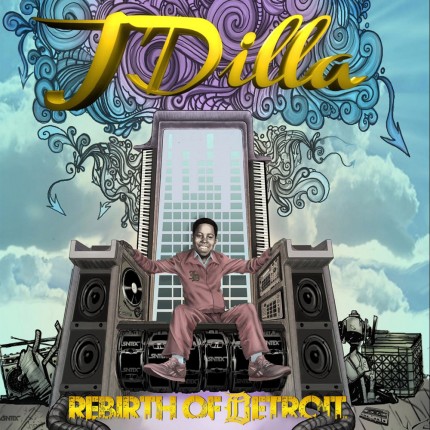 A classic artist’s legacy is a sacred thing. For those who have passed on, posthumously released albums should immediately raise red flags, because all too often they are merely last-ditch cash-grabs to capitalize on a name. James Yancey (aka J Dilla/Jay Dee) is a prime example of that necessary concern, as he has provided the backbeat for just about every beloved emcee from the late ’80s until his untimely death in 2006. The Rebirth of Detroit, Dilla’s third posthumous release, is predictably scattershot; it listens like a piÃ±ata that has finally been bashed open, only to find three pieces of the good candy surrounded by hundreds of Smartees.

The Rebirth of Detroit boasts close to 40 mostly unknown guest emcees, and its beats span Dilla’s career from his early work with hip-hop group Slum Village to his legendary 2006 album, Donuts. This creates some obvious continuity issues, as Yancey shape-shifted throughout his career. Moreover, the beats used here were scraps that Dilla had archived and never used before his death. An aborted beat by Dilla is still better than those blasted by many producers, however, so there are many highlights despite the album’s second-rate nature.

Long time Dilla collaborators the Cake Boys (Illa J and Frank Nitt) provide a highlight in their celebratory boast raps on the tribute “Do It for Dilla Dawg”. Buzz rapper Danny Brown stops by to light up “Jay Dee’s Revenge”, whose beat rumbles with a grimey swagger that perfectly houses Brown’s fiery rhymes (“I’m fucking your momma, nigga/ You won’t know”). The slinky Motown groove of the Donuts-era Dilla on “My Victory” spotlights the extent of Dilla’s talents. This is James Yancey’s show, but Detroit stands shoulder to shoulder as the album’s focus. The apocalyptic “Rebirth is Necessary” sounds like a battle cry for the second coming of Robocop to salvage the downtrodden urban wasteland, as Mr. Wrong calls Detroit “Recession Ground Zero.”

This uneven and spotty collection, albeit well intentioned, points to the sad conclusion that Dilla’s well of leftover beats is drying up. Hopefully, the people in charge of his legacy will come to understand this. Still, we’re talking about one of hip-hop’s legends, and so there’s enough here to warrant a listen. The Rebirth of Detroit isn’t so much a rebirth, but a memorandum of one of hip-hop’s fallen icons. Isn’t that enough?