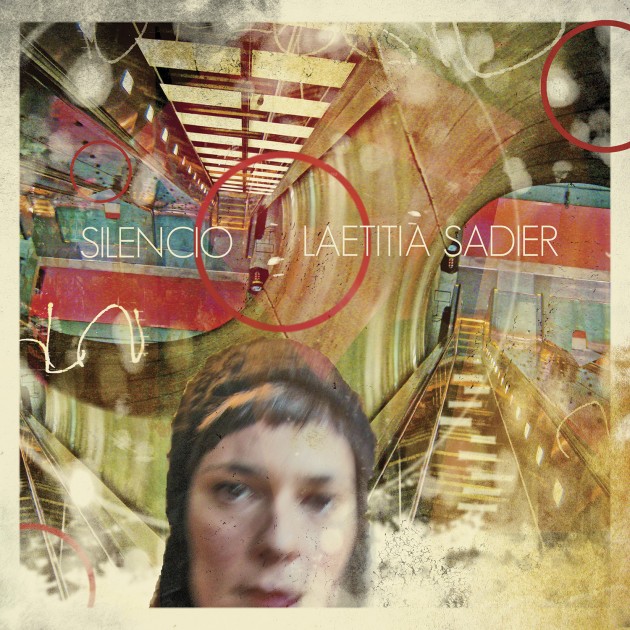 One term that’s been thrown around to excess in reference to Stereolab is “background music”, although admittedly, whether it’s a dinner party or a study marathon, the band’s discography always delivers in this regard. While their breezy pop approach to krautrock does work remarkably well as the soundtrack to a variety of occasions, Stereolab consistently offered rewards for the more attentive listener — until the band on indefinite hiatus in 2009. Just like her work with Stereolab, frontwoman Laetitia Sadier continues to reflect that signature style on her second solo album, Silencio.

Such a distinctive sound comes with certain risks, like how variety and even evolution are overshadowed by uniformity, and the phenomenon of expecting the expected. Take “Next Time You See Me”, for example. Even if the track didn’t feature former Stereolab keyboardist Tim Gane, it would still harken back to that cool, loungey style featuring Sadier’s inimitable subdued intonations. What’s most noticeably new on Silencio is the shift away from motorik beats towards something more tropical. On “Find Me the Pulse of the Universe”, this rhythmic enrichment comes in the form of a samba undercurrent that brings a spark of humanity to the otherwise mathematical musings, while “Fragment Pour le Future de L’homme” is downright funky.

“There is a Price to Pay for Freedom (and it isn’t Security)” hypnotizes with a slow-burning synth, exuding grandness and intimacy in equal attention-seizing levels. And how about that song title? Marxist themes were prevalent throughout Stereolab’s history, and on Silencio they have risen in power and conquered. The way “Auscultation to the Nation” churns unease with its krautrock beats and foreboding guitar drones make Sadier’s call for a real democracy a compelling one, while her condemnation of the ruling class on “The Rule of the Game” has the sound of a cosmic level of authority thanks to its effectively spare arrangement. Silencio is Sadier’s most politically charged album yet, and it creeps out its message with a familiar-but-refreshed style.

Essential Tracks: “Auscultation to the Nation”