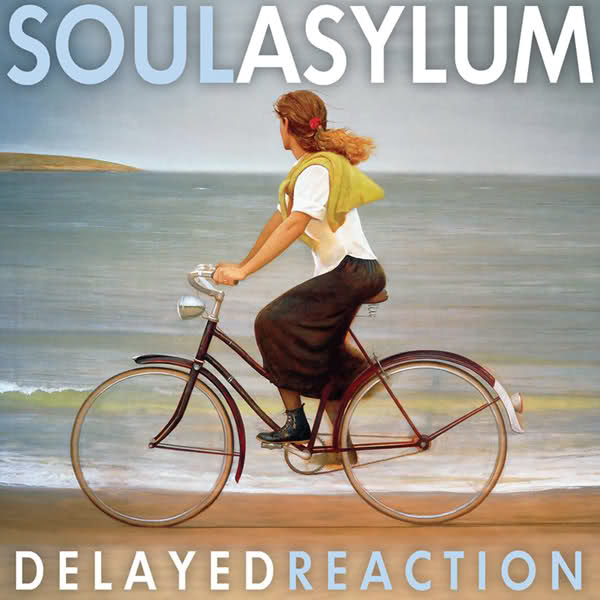 After 30 years, alterna-grunge godfathers Soul Asylum have settled into their role as elder statesmen. The lag time between records, once virtually nonexistent, is now a healthy five or six years. There’s no more punching the clock for the Minneapolis band, who these days work their own hours, on their own schedule. And yet, listening to Delayed Reaction, the band’s first proper release since 2006’s The Silver Lining, you’d never get the impression that they’re cozily slipping into semi-retirement. The Soul Asylum musical mechanism might have a lot of mileage on it, but the record still captures the angsty grunge pop of the band’s Grave Diggers Union heyday with graceful ease. Older, yes, but there’s still gas left in the tank.

Album opener “Gravity” gets right to the gritty point, stomping along with raucous might like it’s 1993. The production is crisp, the guitars crank, and frontman Dave Pirner’s trademark Midwestern wheeze is still intact, setting the table appropriately for an album that revels in the Soul Asylum sounds of old. Elsewhere, songs like “Pipe Dream” and “Let’s Kill Each Other” find the band indulging in equally bratty fun, encouraged no doubt by the presence of fellow Minnesotan/ex-Replacements bassist Tommy Stinson, who has helped the band fill the void left by original bassist Karl Mueller’s death in 2005. Considering Soul Asylum were looked at by many as the Mats’ next of kin, it’s a good fit sonically and aesthetically.

But Delayed Reaction doesn’t completely Xerox the band’s mid-’90s formula, offering up a few surprises to throw listeners off the beaten path, if only slightly. “Cruel Intentions”, with its suggestive use of piano, sounds like the soundtrack to a forlorn night spent alone in a hotel bar, while album closer “I Should Have Stayed In Bed”, clocking in at a marathon five minutes, gives the record a last-ditch shot of grandiosity.

But despite the occasional retreat from formula, Delayed Reaction is very much a Soul Asylum record, and one fans should be quick to embrace. While the band may be slowing its pace after a strenuous career of grinding it out, it’s comforting to know they’re still worth waiting around for.