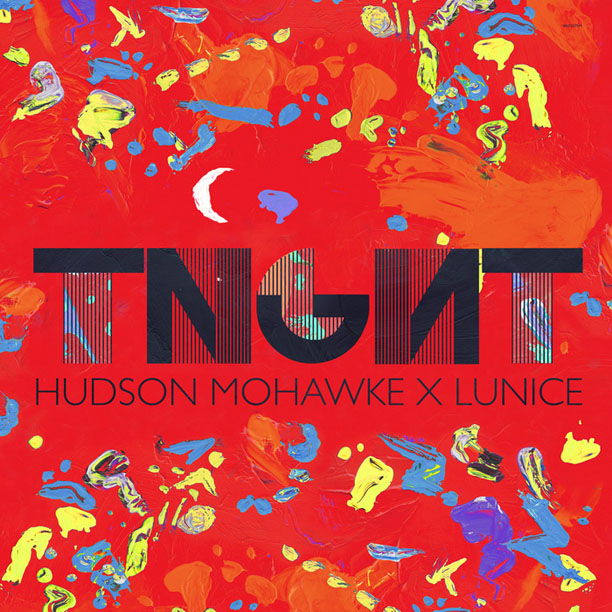 “Was that just a baby?” This is a particularly oddball, yet necessary inquiry, as Hudson Mohawke and Lunice, known collectively as TNGHT, bounce through the hip-hop sound collage of “Bugg’n”. Between bubble bursts, guttural echoes, and the bassline ‘s iron ting, a baby’s coo builds into an obsession, like the one behind Aaliyah’s “Are You That Somebody”. The duo’s debut, self-titled EP may only span five tracks, but after repetitive listens, replacing your amps, and multiple refreshment breaks, be prepared for it to take up an afternoon.

Glasgow’s HudMo and Montreal’s Lunice are among the leaders in the the current regime of progressive instrumental hip-hop. Like Chicago’s Chrissy Murderbot, Brooklyn’s machinedrum, and Big Makk of Orlando, TNGHT fuse regional beats, future garage, and electro to create instrumentals sought after by MCs and remixers alike. Recorded over a few days in London following a casual encounter, TNGHT balances Mohawke’s crisp production style, the gloss of a high-end studio, and Lunice’s chopped-and-screwed beats, without any time to overload the work with excess triggers.

The duo have yet to confirm the list of MCs that will appear on a forthcoming version of this set, thus opening the the debate for must-hear collaborations. Mixing trap’s frantic hi-hats with the flair of a Southern marching band, “Higher Ground” seems primed for Young Buck to follow up 2009’s “Get Buck” (before he heads off to jail in August). As the duo continues to network through ongoing collaborations with Diplo and Kanye West, “Goooo” has the potential to land on a massive release, as long as they land the right MC. Simple drum rolls and a syncopated bass beat form the foundation of a call-and-response breakdown; all the track needs is a lyricist to decide what he wants giant auditoriums echoing back. At less than two minutes, “Top Floor” ends before listeners can even get their lean on, but the demonic undertones seem suited for anyone from the A$AP Mob.

It’s still relatively early in their careers, but the duo’s instrumentals are pushing the hip-hop community a la DJ Shadow’s hyphy movement of the 1990s. Now it’s up to industry heavyweights to drop the Guetta frills for the dissonance of TNGHT.