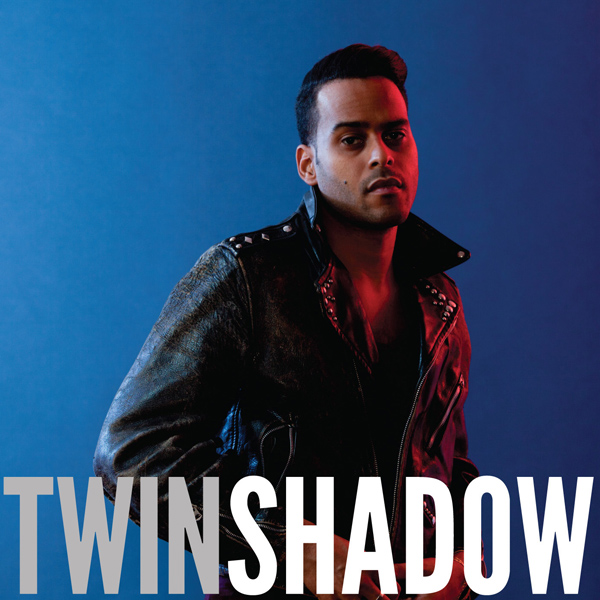 References to the ’80s New Wave influences of George Lewis Jr.’s debut album as Twin Shadow, 2010’s Forget, often seemed like they were made apologetically by fans of the album. “Sure, it’s like all of those ’80s bands, but, seriously, it’s really good!” Lewis himself never seemed to have any uncertainty about the retro flourishes in his music, instead layering them boldly onto the flashy individuality that his idiosyncratic hair often announced at first glance. For a while there, these sorts of influences were a dime a dozen, and Lewis exploited them, turning them into something exciting, something his own. On the follow-up, Confess, he further distances himself from those other ’80s revivalists, both by having outlasted them and by further pushing the retro influences into something personal.

As the title conveys, one of Lewis’ strongest suits is the personal, confessional quality of his lyrics. Rather than dotting lines with tropes and cliches, his alternately powerful and breathy vocals deliver lines with an intimate sincerity. Though “Run My Heart” may (surprisingly) smack of an era-specific Bruce Springsteen power ballad, the honest, straightforward lyrics transform the song from sound-alike to unique missive. “This isn’t love,” Lewis croons, before explaining, “I’m just a boy/ And you’re just a girl.” While the skipping guitar, rim-clacking snare, and references to epic-sounding locations like Misery Park all sound familiar, those plain lines in the chorus gain so much depth and theatricality in their epic delivery, standing out from a mile away.

It’s not only in the lyrics that Confess bucks the trends of both the 80’s and their subsequent revival. On “Beg for the Night”, though, Lewis takes the tropes of the music and twists them into unexpected combinations. In some of the most obvious gun-sampling since M.I.A.’s “Paper Planes”, a cheesy, repeated sample of a handgun cocking is followed by blasts of even cheesier laser synths. The hook on that tune isn’t very memorable, ambling on a little long, but that cheeky laser gun on the first verse is something totally new. The surprise addition of drum core rhythms to the otherwise standard retro groove of “Patient” similarly spices up an otherwise unremarkable track.

On “You Can Call Me On”, Lewis somehow manages to concatenate the smooth swagger of Prince with the low-slung, claustrophobic anxiety of Jamie Stewart’s work in Xiu Xiu. While the lyrics hold none of the self-deprecating terror of the latter, the multi-layered, marshy intensity and distorted vocals are certainly there; similarly, the song doesn’t have that pure pop structure of a Prince tune, though it does have the chugging guitars and fuzzy synths. The mesh is one of the more unexpected combinations in indie pop, and despite the almost polar opposition, the track works.

That said, Lewis succeeds even when he goes straight for the heart of New Wave. “Five Seconds” rushes straight ahead like a bolt of lightning, its momentum pinned on a shimmering electric drumbeat and a chunky synth hook that seem to have come straight out of the best track of the 80’s never written. Even after layering in some barely-there acoustic guitar strumming, electric guitar churning, and synth gusts, things sound so compact, so perfectly formed, all straight lines and no seams. This is pop writing at its peak. The electric bridge works on a Duran Duran groove, and the powerfully vague lines repeated in the chorus (“Five seconds in your heart/ Straight to your heart/ I can’t get to your heart/ There’s no way to get it off”) pummel a heartbroken passion into something danceable. The similarly propulsive, jet-fuel pop of “Golden Light” works on clacking percussion and a crooned repetition of the title in the chorus that’ll stick in the head for a while.

While that song may be barreling its way into the top singles of the year list as we speak, it’s twisty songs like “When the Movie’s Over” that truly prove Lewis’s personal vision. The whistling chorus hook, life-as-a-movie allegory, choppy synths, and crooning vocals push past emulation, adding wrinkles to an otherwise familiar equation. The ’80s are still at the forefront of the mix on Confess, but with each song Lewis pushes more of his own identity through the mesh, blurring the edges of the influence and the influenced.

While Confess finds Lewis’ individuality poured into the brew, there are only a few tracks on the album that have super-powered hooks, and as a clear pop album, that’s a hiccup. Though the truly memorable moments may be a little spare, the tracks are intricately layered, sleek, and super-charged, and they’re strong enough to differentiate from the mass of ’80s copycats.

Essential Tracks: “Five Seconds”, “When the Movie’s Over”