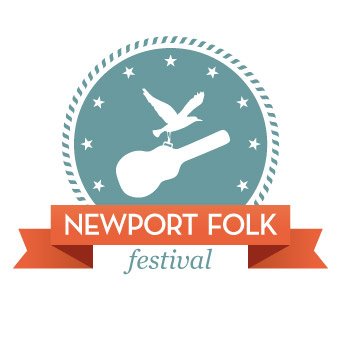 The Newport Folk Festival has weathered many a storm in its 53 year history. It disappeared in the ’70s, nearly went bankrupt in the aughts, and faced a complete dry up of sponsorships. But last year, Newport jewelers Alex and Ani stepped in to become a major backer, the festival returned to non-profit status, and a Board of Advisors (Colin Meloy, Gillian Welch, Ramblin Jack Elliot, Jim James, and Ben Knox Miller) was established. Now, the festival has never been stronger, and even some damp evenings couldnt keep the 2012 edition from being another in a nearly unbroken string of successes.

Newport has always been about bridging past, present, and future (just ask Bob Dylan), but this year’s fest had one of the strongest focuses on modern Americana Fort Adams has seen. Legacy acts were at a minimum, while young up-and-comers and contemporary heroes dominated the bill. This may have led to the markedly younger crowd, which in turn gave the impression of increased energy. Though attendance is still capped at just 10,000, there were more clogged pathways, longer bathroom lines, and standing room was stretched farther back from the shaded tent spaces than Id seen before. Some festival-goers were none too thrilled with those who stayed on their feet, and complaints of down in front were not uncommon. Besides these wet blankets (its a festival, people), bad vibes were few and far between, as artists and fans alike mixed amongst the crowd to partake in the variety of styles, from Spirit Family Reunions washboard-and-banjo country stomp to Alabama Shakes soulful blues to tUnE-yArDs’ wild indie looping.

Thunderstorms threatened to wash out the entire weekend, and nervous festies regularly checked weather forecasts on their phones. Whether blessing or curse, the rain always managed to hold off until right around the headliners time slots. While the rain cut off My Morning Jackets Saturday night show, Jackson Browne continued on undeterred. Nearly everyone I talked to had horror stories from Saturday of either being stuck in the parking lots for hours or suffering through the downpour as they waited in line for the water taxis. I was in the latter group, and I would be remiss if I didnt give a shout out to my three Amazing Grace lifesavers who serendipitously showed up throughout the festival and helped shield my camera from the elements. Without you ladies, I dont know if these pictures and notes would have survived; my great thanks go to you.

But, dampness be damned, this was still Newport Folk Fest. No amount of bad weather could stop the magic from shining through, and while there were no mud-covered performances a la The Felice Brothers infamous 2009 throwdown, there were still too many thrilling shows to possibly catch them all. In fact, the new Museum Stage, while providing a wonderful intimate setting, only added to the conflict-heavy schedule. And really, if your biggest complaint is there was too much to see, that really says it all.