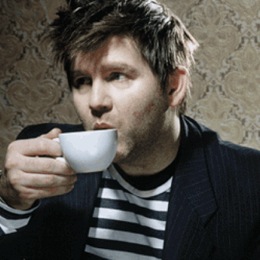 James Murphy dropped several interesting tidbits in a recent profile with The New York Times, including news that he’s entertaining the idea of reuniting LCD Soundsystem to record a song for an upcoming film. Murphy wouldn’t specify the name of the film or its director, but said he was asked to cover a song for its soundtrack, which everyone in the group seems to want to do.

Murphy also mentioned several other upcoming projects, including “little synth songs” that he’s made “at other peoples studios,” and that he recently recorded with Yeah Yeah Yeahs, Klaxons, and The Julie Ruin. Murphy was also in conversation with producer Scott Rudin about scoring his adaptation of Jonathan Franzens novel The Corrections, but HBO declined to pick up the show.

In non-music endeavors, Murphy will soon open a store called House of Good in Williamsburg, Brooklyn, where he will sell his own coffee line and custom luggage.