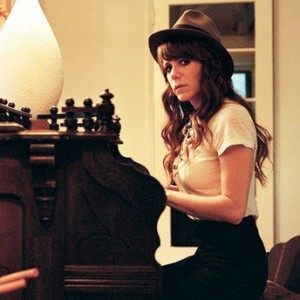 While Jenny Lewis has undertaken solo projects before, she’s amping up her efforts just as the one-year anniversary of Rilo Kiley’s break-up passes. As IndieWire reports (via SPIN.com), Lewis will serve as composer and music supervisor for the indie film Very Good Girls. Written and directed by Naomi Foner (Bee Season, Losing Isiah), the film will star Dakota Fanning and Elizabeth Olsen as friends whose mutual interest in a boy threatens to tear their friendship asunder. According to IMDB, the film is currently slated for release sometime in 2013.

In addition to film-scoring, Lewis is currently at work on the follow-up to her 2008 sophomore solo LP, Acid Tongue. Speaking to OC Weekly last month, Lewis said she’s got plenty to draw on for subject matter. “Ive gotten my heart broken, and fallen in love, and moved out my shitty rent-controlled apartment, and lost my father, and tried to rebuild my relationship with my mother. All of these things have definitely popped up in my songs and I want to write something thats real that people can feel.” Also last month, Lewis debuted a brand-new song tentatively titled “Head Under Water” during a gig at the Henry Miller Library in Big Sur. Watch the replay of the breezy piano number below.

Lastly, for those in dire need of something new from Rilo Kiley, Lewis mentioned to OC Weekly that a long-in-the-works B-side compilation may still come to fruition. Lewis told 944 last April that the collection would be comprised of “stuff that has been lying around for many, many years. So we’re getting a bunch of songs together and old photographs and sifting through the past.”