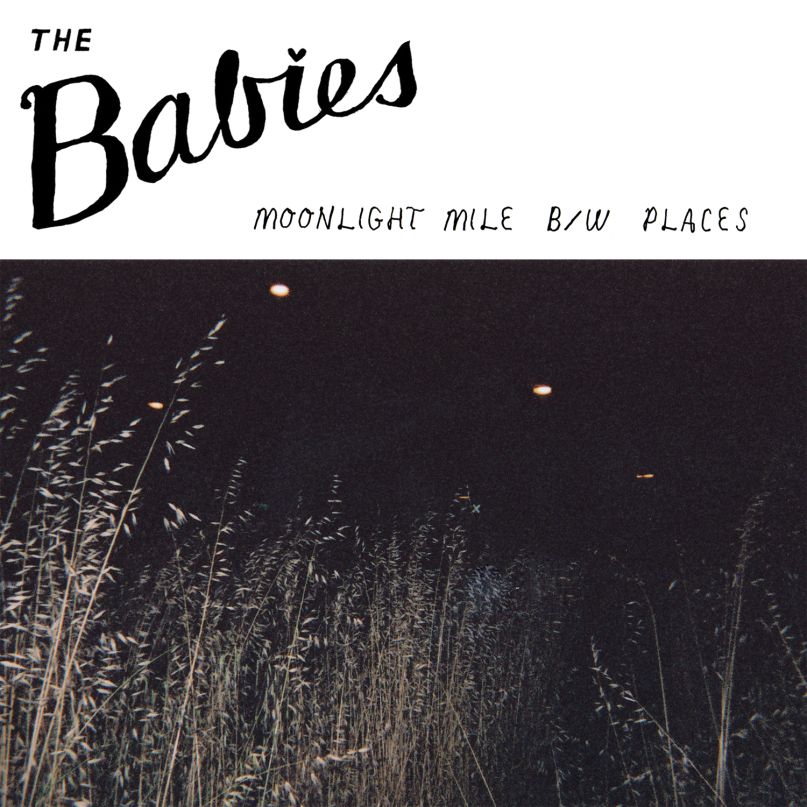 The Babies (the side project of Vivian Girls’ Cassie Ramone and Woods’ Kevin Morby) will follow-up January’s Cry Along With the Babies 12″ with a brand-new 7″. “Moonlight Mile” b/w “Places” hits stores on August 14th via Woodsist, and will be limited to 1,000 copies. The A-side, “Moonlight Mile”, finds the band even further removed from its bedroom beginnings, building a massive wall of ’60s psych-pop with heavenly harmonies and an over-sized guitar that swoops in and out like a great flying beast. Stream it below.

“Moonlight Mile” is also the first single off the band’s sophomore LP, Our House On The Hill, due out later this fall via Woodsist.