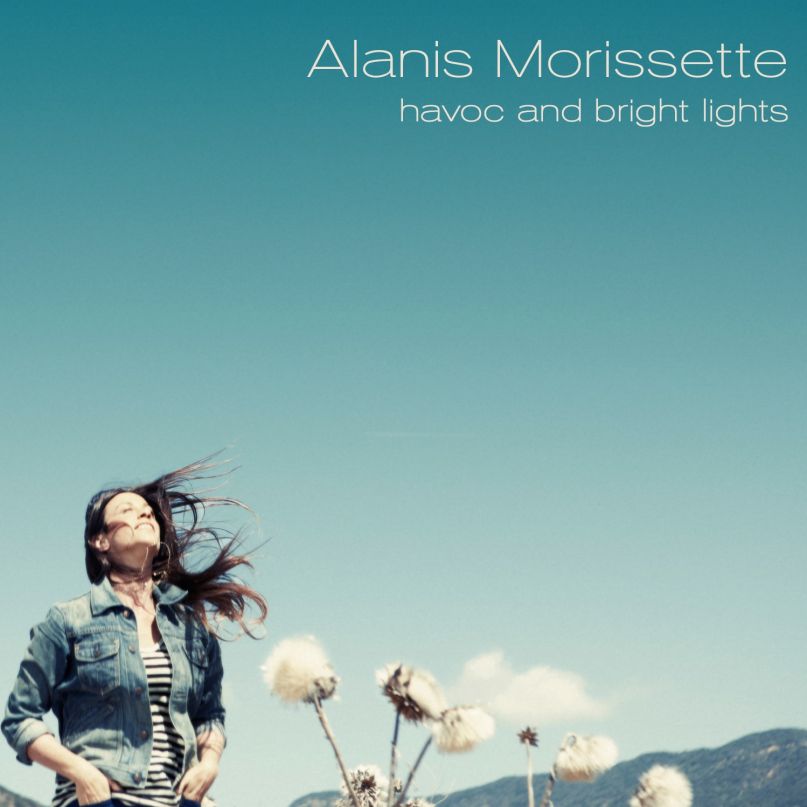 Sometimes life isn’t that fair (though it may be ironic). It’s not the fault of Alanis Morissette that she made an album 17 years ago that was so right on cue that it became a classic. Havoc and Bright Lights is her latest attempt to scale the heights of Jagged Little Pill, and the new record sees the singer-songwriter in an altogether happier place than her most recent output. No longer the lover spurned, she is now joyfully married and a proud mother. Much of that contentment comes through on Havoc on lead single “Guardian”, a direct celebration of motherhood.

That song speaks of angels and keepers, wardens and warriors, mixing imagery of care and protection. Morissette seems suited to the mother role, equally full of the positive effects it has on the rest of her life and the opportunity it affords to set aside the old angst. Musically, though, the song is too formulaic (thanks in part to Guy Sigsworth’s slick production) to live up to these sentiments. In between some misty contemplation, you imagine Morissette rocking out the chorus in a chic leather biker jacket and neatly pressed jeans, alongside a respectfully mature backing band (oh dear, just dipped too far into the video storyboard there).

The less obvious songs come off best on this record. With its soft Karen Carpenter-like vocal working a distinctive melody, “Til You” is a lush love song that stays just barely on the right side of sentimentality. The stately ballad “Havoc” is similarly blessed with a strong tune, and its pared down treatment adds character. Less successful are the girl power inspired electro-pop of “Woman Down” and the cheap put-down on fame, “Celebrity”.

These are odd blips, as most of the album reminds you that she has always had a way with words. Her syntax can look clumsy on paper, almost like she’s trying too hard to express sentiments than make statements, but on record her words seem to flow and fit the music perfectly. It’s a curious art and one that is hard to justify by plucking examples in print, without it reading like a self-help manual. The album might lack a “Mary Jane” or an “Ironic”, but it still has a few of those moments.

Essential Tracks: “Til You” and “Havoc”