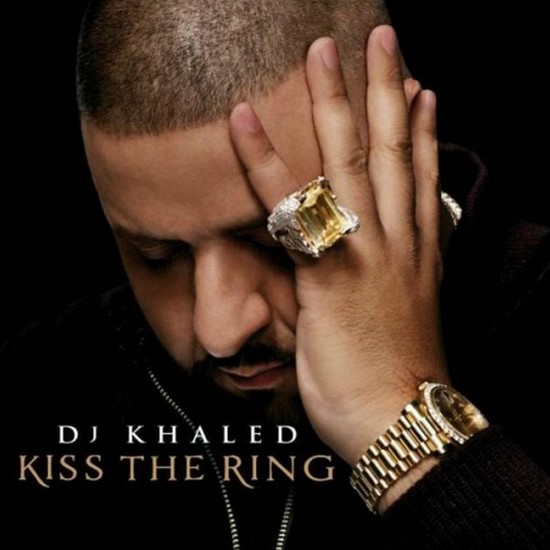 “It’s always about the money, it’s always about the power, and it’s always about the respect.” That’s DJ Khaled on “Outro (They Don’t Want War)” from his new Kiss the Ring LP. No one’s ever depicted Khaled as any kind of aural auteur – after all, he cameos just three or four times on his own albums while producing just a handful of tracks – but statements like those are why he’s been infuriating rap fans (read: HipHopDX comments-sections) for years. Khaled is, quite transparently, much more concerned with his own image and wealth than his product. It remains to be seen whether he’s really the “biggest mogul in the game,” as he claims he is on the album’s “Bitches and Bottles (Let’s Get It Started)”, but he’s almost certainly its most artless megalomaniac.

Like Khaled’s five previous albums, Kiss the Ring is absolutely covered in big names: Kanye, Wayne, T.I., Ross, Nicki, Chris Brown, Nas, Scarface, et al. But while some of these are or once were creative forces, they all sound thwarted when imbued with Khaled’s all-too-familiar formula. The most obvious example of this is the woefully uneven pop excess of “Bitches and Bottles”, which employs a sorta-catchy-but-really-pretty-annoying Auto-Tuned Future hook between hellaciously run-of-the-mill verses from Tip and Weezy (also: “Dick stay up like it got insomnia”). And worse, “Bottles” is one of a handful of songs whose lineup was probably configured by Khaled solely for star power; if you take a step back and think about it, a Tip/Tunechi/Future track doesn’t seem like a good idea in the first place.

Apart from the setups, though, there are little things all over the album that doom its results. J. Cole’s verse on “They Ready”, for example, stands as one of the most exciting on the album, but it’s still full of brags so trite that it’s a wonder that they didn’t somehow get edited out: “That’s your dream car? Nigga that’s my old whip! / That’s your dream girl? Nigga that’s my old bitch!” And on Nas and Scarface’s “Hip Hop”, we get the rap-as-woman shtick, which simply hasn’t been fresh or interesting since ’94. (I realize I haven’t even mentioned the beats yet – most of them are so characterless that they hardly bear mentioning.)

Maybe the worst thing about this album – and Khaled’s albums in general, with a slight exception being made for last year’s We the Best Forever – is how far its quality is from what some of its guests are capable of. Unfortunately, Kiss the Ring often sounds like it was made just to vault the celebrity-status and net worth of the man on its cover. And that’s a pretty awful thing all around.