Flobots – The Circle in the Square 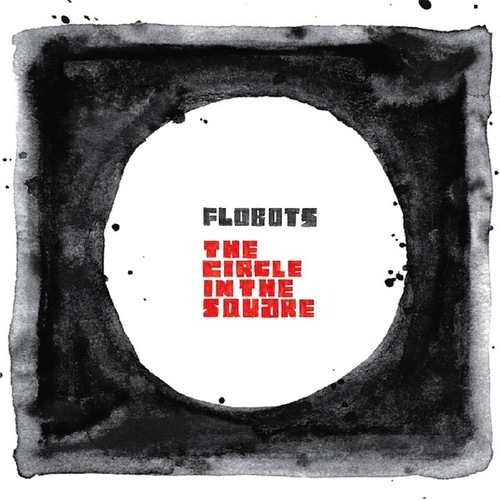 It’s easy to look at a band with a jaundiced eye when they discuss a new record. The natural inclination is to wax poetic about their growth and how they reached a new apex that wasn’t possible with their last effort. In the case of Flobots and their new album, The Circle in the Square, those platitudes actually hold true.

“It’s by far and away our favorite record,” bassist Jesse Walker said in a recent interview. “We had a tremendous process writing this record, it was really fun, and we felt like we drew from the right places when we were working on it. And really, this being our third full-length record, we feel like we’ve matured quite a bit as artists and songwriters and even in terms of our production skills.”

The Circle in the Square is a culmination of individual components coalescing to produce a singular sound. Flobots have shown spurts of this on previous records, but this album maintains strong levels of consistency. The sound of the album is what one would expect from Flobots — politically charged rhymes surfaced over a thick bass guitar, robust percussion, and a dash of trumpet and viola to lead the way. This sound is exactly what fans took to in 2008 with the single “Handlebars”, a boilerplate Flobots song whose sound would lie somewhere in the intersection between Rage Against the Machine and Dispatch with a slice of Cake. For the most part, the band maintains that aggression and demands the listener’s attention.

Lyrically, the album is rife with hackneyed political issues. Flobots have a lot to say, but the broad point they really want to nail  home is that they seem unhappy with the overall direction of the world. Good or bad, the negative connotation feels morose rather than inspiring. Religion (“Wrestling Islam”), the transitioning from the War in Iraq (“Journey After War [War Fatigues]”), and the Occupy Wall Street movement (“#OccupyEarth”) are all delved into with didactic delivery. The preaching is given a respite on “Loneliness”, but that track is about despondence and depression — not exactly a heartwarming break.

Despite the labored tone of the album, The Circle in the Square is still a refined version of all the moving parts of Flotbots. It’s an album that inches the band ever so slightly toward simply showing audiences their beliefs, rather than telling them.