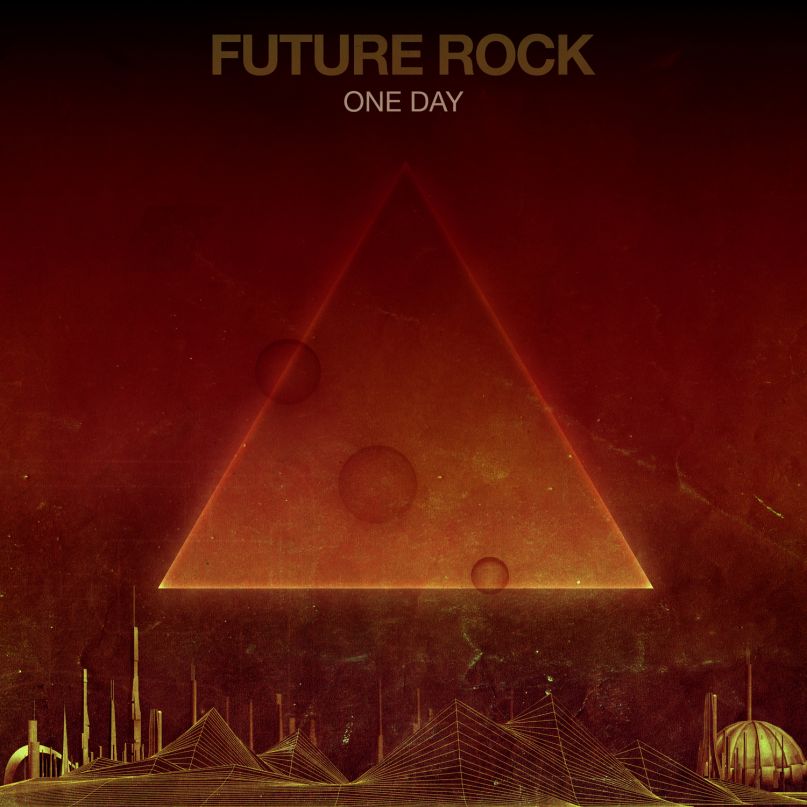 If Englishman Charles Caleb Colton was correct when he said, “imitation is the sincerest form of flattery,” STS9 must have blushed hard after hearing Future Rock’s “Reaching New Heitz”. Initially dominated by a Mickey Kellerman’s mid-frequency synthesizer loop, with minor accompaniment by a bass beat that creeps from the nether regions, the track eventually gives way to the flailing arrangement of drummer Darren Heitz. The intertwining rhythms may be a reach for the Chicago three-piece, but they seem deeply rooted in STS9’s 2011 EP When the Dust Settles: Cue the track between STS9‘s “Scheme” and “When The Dust Settles” and the track fits like a missing puzzle piece, which helped Future Rock land on STS9’s 1320 Records for the release of One Day.

Like many of their jamtronica predecessors, Future Rock can’t quite translate their live experience into studio sessions. With the EP’s six songs averaging six minutes, the trio craft spiraling loops that create currents to lift listeners from computer chairs but fail to ever really “groove”. As the kick drum intensifies near the 5:30 mark of “Tremble”, the track’s energy rushes from the speakers in expectation of catharsis; but instead of a massive communal release, the synths wash out, leaving behind a sense of unfulfillment. “Midnight Madness” also attempts to guide listeners into an intergalactic, ostensibly mind-blowing abyss of lasers and sound. But in the end, it’s another predictable mass of crescendos, drops, and bass chops.

Based around a poppy, chillwave melody, “One Day” steers clear of the aforementioned pitfalls of recording groove-based instrumentals. Generously filtered, the half-spoken lyrics and subtle synthesizer scales share more with Friendly Fires or Digitalism b-sides than Future Rock’s festival-circuit brethren.

As STS9 and The Disco Biscuits edge closer to retirement, the jamtronica community looks toward a new generation of artists to merge free jazz, EDM, and progressive rock to lead late-night dance parties. Future Rock undoubtedly fills the mold, but relies too heavily on tried-and-true genre plug-ins and not enough on their own innovation to expand their audience.