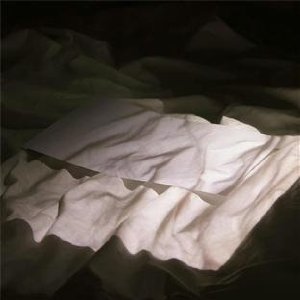 Between the aggression of the most polarizing sub-genre ever, dubstep, and the crawling sonic apparitions of witch house artists, there has been a recent flood of artists getting dark with computers. Trendy sounds generally have two distinct classes of artists: the innovators who help to define a trend and those who create with a similar sonic palette but lack the depth of vision that makes a trend popular in the first place. With Held, Holy Other has faded from genre innovator to become another peddler of insubstantial — albeit dark — background noise.

Holy Other’s full-length debut follows the critically lauded EP, With U, with a sound that feels — now — far less innovative than the EP that garnered such praise a year ago. The colors, textures, and concepts are similar, but the lion’s share of Held comes off as sophomoric pseudo-art that would be perfectly at home playing through the overhead speakers of the dressing room in one of those stores that only has three or four pieces of clothing on display — none of which have price tags.

The album comprises itself of sub-bass drones, minimalist percussive elements, and occasional vocal bursts — nicked from R&B songs and given the de rigueur affectations of modern electronic music. At times, the desolate sounds (“Impouring”) are ridiculously undercooked, yet at other points (“Nothing Here”) they work in a soothing manner that’s far more approachable.

Though, Holy Other’s strengths aren’t always behind velvet curtains. Opening track “(W)here” features unique vocals and abstract atmospherics, and the consecutive one-two punch of “Held” with album closer “Nothing Here” live up to the promise of With U. “Nothing Here” is one of the strongest pieces on the record, despite the overly produced vocal bits that pop up in the middle. The track’s droning bass and distant drums come together in a way that sets the standard for what the rest of the album could have been.

Between the Held‘s strong opening and closing acts, it’s apparent that Holy Other is still working in the world of the EP and may have jumped the gun on a full-length release.