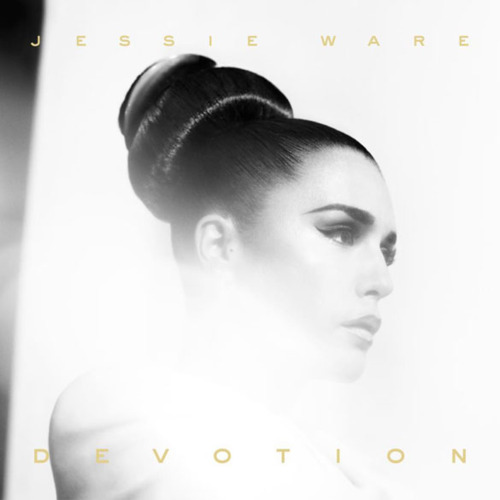 The radio is going to try to ruin Jessie Ware for you.

Give “Wildest Moments” one listen and the inevitability of it playing endlessly everywhere emerges pretty blatantly. It’s so obvious that you might consider telling yourself you’re pre-emptively sick of it, if it wasn’t so damn awesome (see: “Rolling in the Deep”). The instrumental simplicity is akin to “Bleeding Love,” from fellow British vocal powerhouse Leona Lewis. This allows the 26-year-old’s vocals to dazzle over the sparse drum beat and smoothly twist around the bare piano, “Baby in our wildest moments/ We could be the greatest.”

If we’re talking pop singers, Ware could be one of the greatest. After a few more-than-noteworthy guest spots on several SBTRKT songs, fervor for Devotion ran deep, and this British darling manages to stomp on all expectations and does so in some bitchin’ black studded boots; the girl’s got style and sass. Her successful construction of a pop bridge between the past and present makes Devotion both classic and modern. While the impeccable “Running” sounds like a long-lost Whitney Houston or Janet Jackson mega-hit, the record, without batting an eye, then transitions into “Still Love Me”, a track whose growing loop of effects and instruments could pass for something SBTRKT concocted.

Ware has the pipes to come out on top of a TV singing competition, but it’s her control, style, and musical choices that make Devotion so interesting. Even “Night Light”, whose chorus somewhat lamely reads, “You’ll be my night light/ there when I go to sleep,” is infectious, with Ware sounding thunderous over intricate guitars and a haunting instrumental arrangement. She bounces between past and present again when she transitions from “110%” — a quick track with soft vocals reminiscent of Jackson’s “All for You” and lyrics that recall Robyn’s Body Talk hit, “Dancing On My Own” — into the powerhouse ballad “Taking in Water”, which yet again calls to mind the late, great Whitney Houston. If you played the track for a listener out-of-the-know, they’d be hard pressed to guess what year it came out. But “No to Love”, with its grungy guitar loops, ADD beats, and rap verse from a Flight of the Conchords sound-alike, is creative and avant-guard (and, like the rest of the album, perfectly produced).

The icing on this delicious pop music tart is that Ware doesn’t have the diva bone. “My ideal crowd would be people who are smiling, and people who are nodding their heads, and just like, listening,” she’s said in an interview. We’re listening, Jessie, and pretty soon the whole world will be, too. And even the radio won’t be able to put them off you.